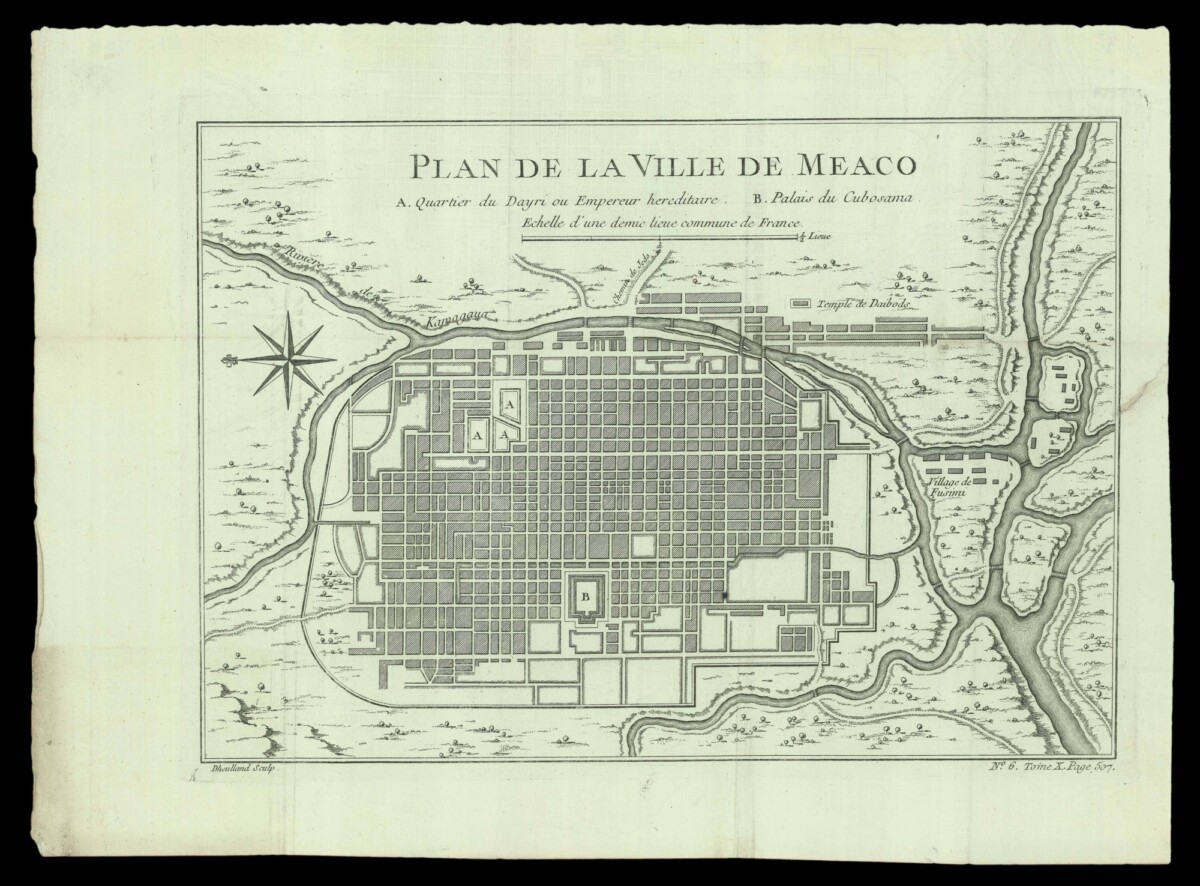 A plan of Kyoto (Meaco) from a later edition of the Abbé Prévost’s travel book, the ​‘Histoire Generale des Voyages’.

The maps and plans in Prévost’s work were drawn by Jacques Nicolas Bellin, and engraved by Guillaume Dheulland.