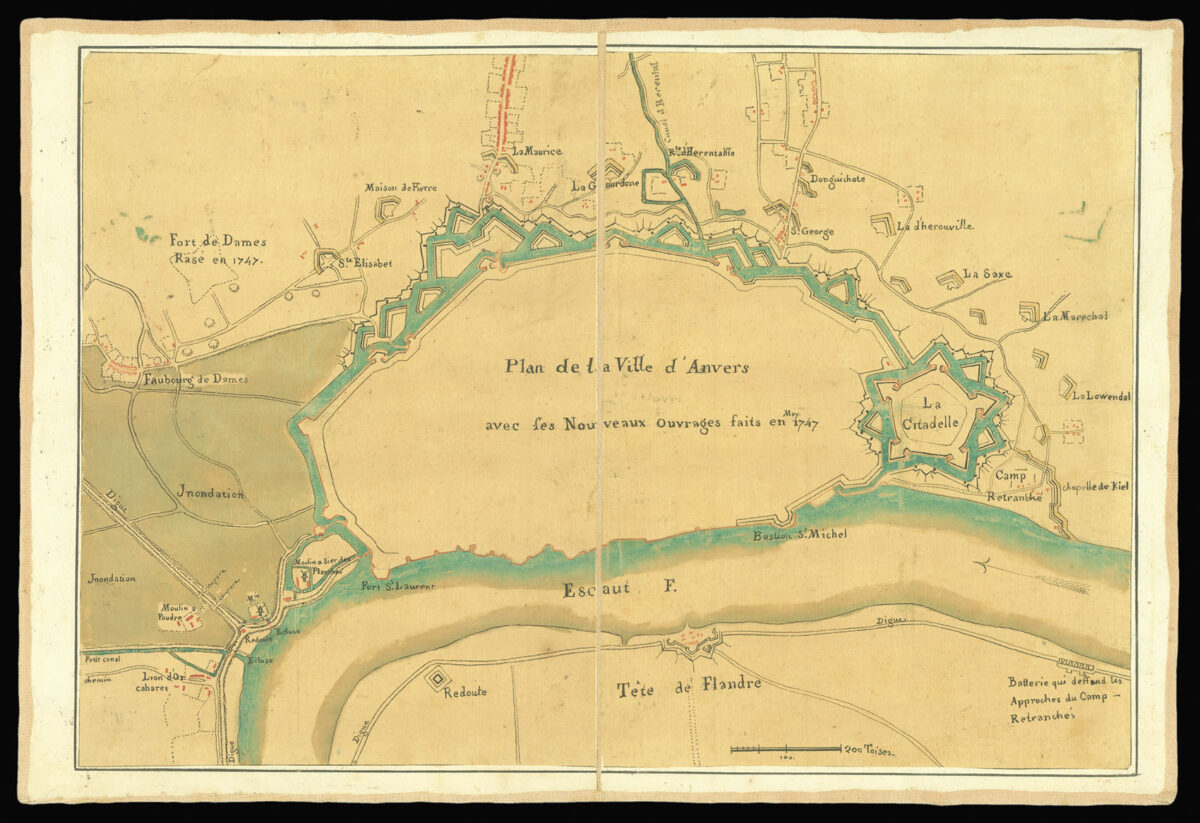 Plan of fortifications of Antwerp in May of 1747, during the French occupation of the city

Plan of fortifications of Antwerp in May of 1747, during the French occupation of the city.

The plan shows the latest defensive improvements completed by the French army; each new redoubt is named, and the Fort de Dames which was under construction is marked with a dotted outline.