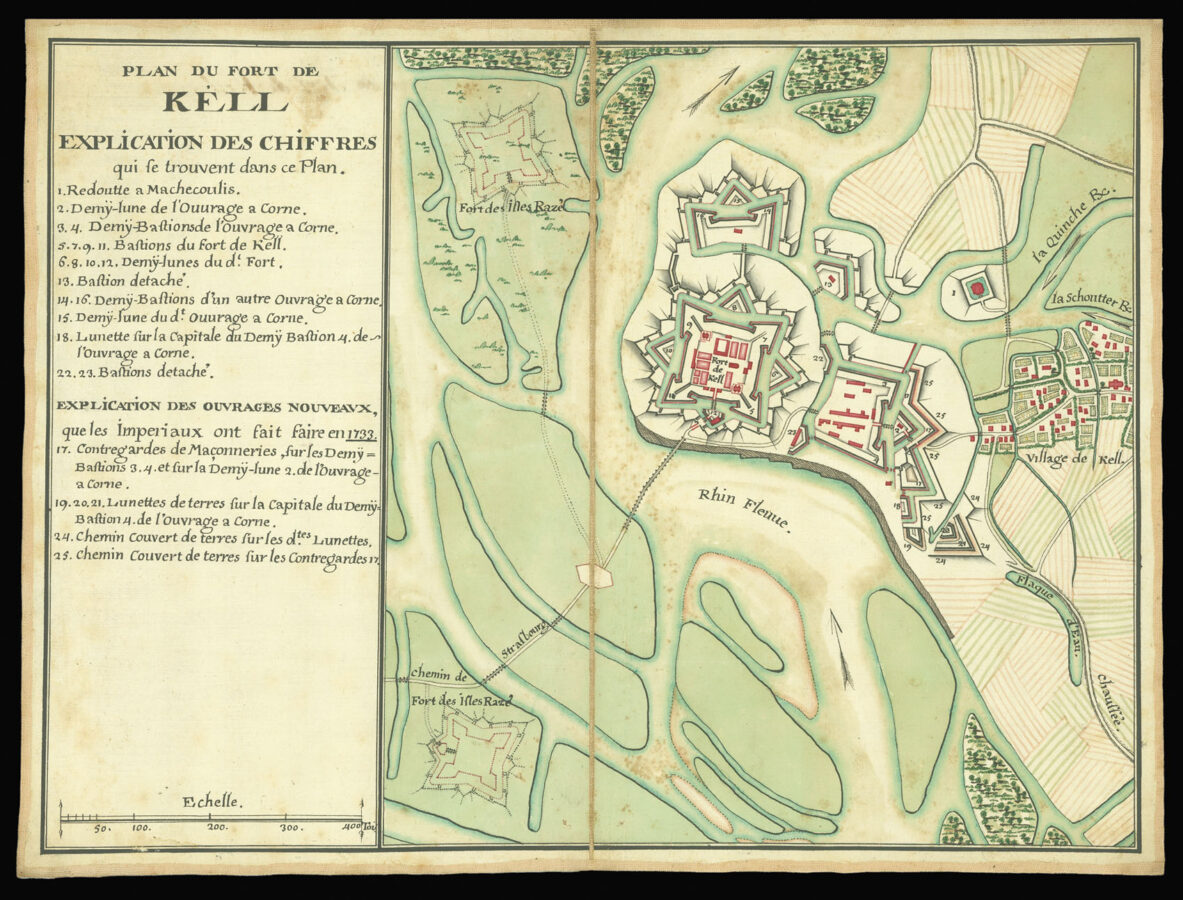 A key to the left contains information upon the fort’s defences.