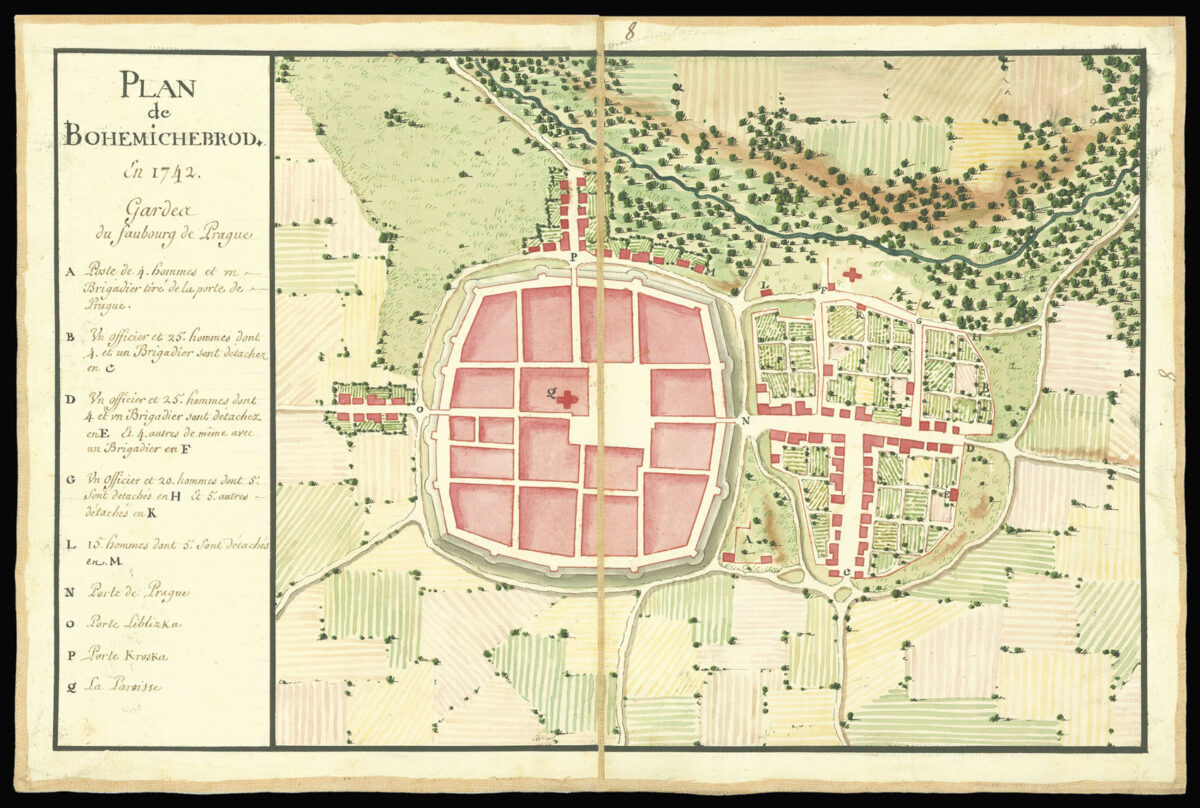 Plan of Bohemichebrod near Prague in 1742, during the Austrian siege

Plan of Bohemichebrod near Prague in 1742, during the Austrian siege.

A key to the left gives information upon the number of officers stationed at each post.