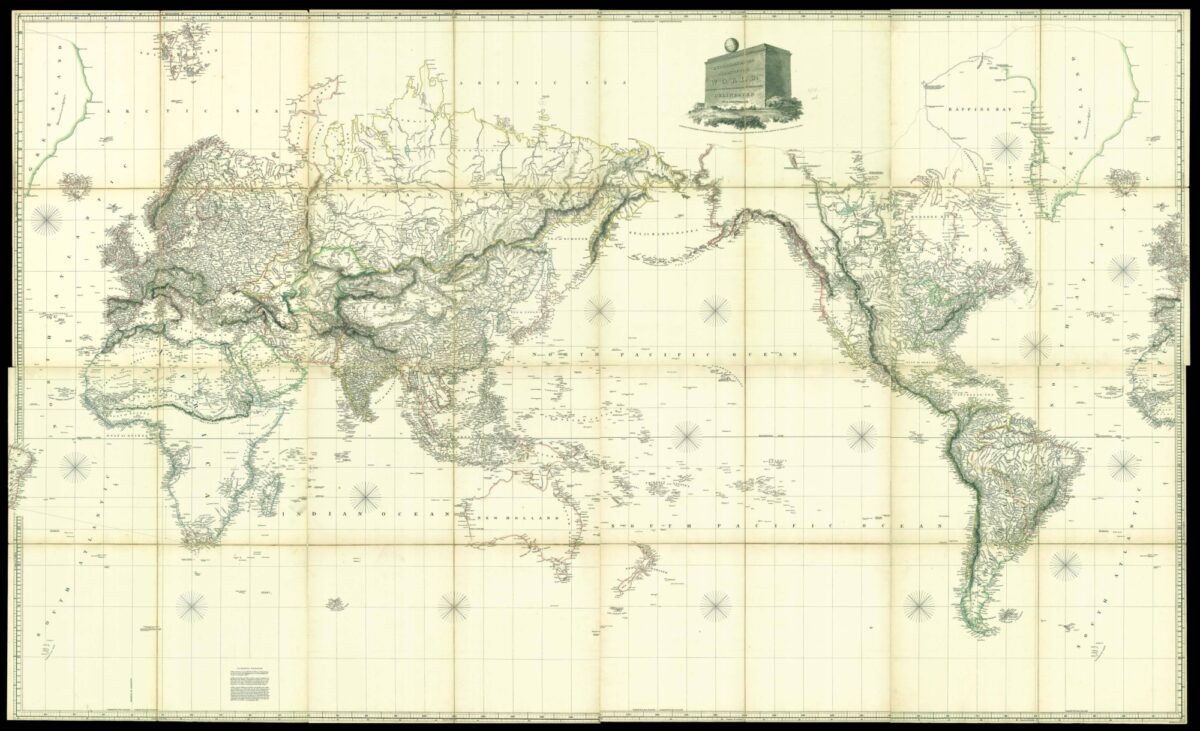 Pivot to the Pacific

Hydrographical Chart of the World: According to Wrights, or Mercators Projection Delineated by A. Arrowsmith 1811 … Additions to 1814.

The last and largest of Aaron Arrowsmith’s world maps, representing the culmination of a career. It is one of the earliest world maps to reflect the explorations of, and map made by, Captain Meriwether Lewis and William Clark during their 1804-06 exploration of North America. Aaron Arrowsmith (1750–1823) was a well-respected mapmaker and publisher who had made his reputation through his commitment to representing the most up-to-date information on all his maps, especially the rapidly changing events in North America. His works ​“to this day retain a well merited reputation for their accuracy, distinctness and fine engraving” (Wheat).

The map advertises in the title that it uses ​“Wrights, or Mercators Projection”. Arrowsmith has used this projection to construct this map, unusually centred on the Pacific Ocean. The title cartouche is a monolith with a globe on top, divided to represent the method of projection. Of particular interest is a note on Greenland reading
​“Discovered in 983 See Egede p 8.” According to early Icelandic sagas, Greenland was settled by Erik the Red in 983, a Norse warrior outlaw. He supposedly named the island Greenland to make it more attractive to potential colonists. A settlement was eventually founded there, lasting until it mysteriously died out in the twelfth century. Hans Egede was a Lutheran pastor who began the Danish colonization of Greenland in 1721, when he founded a mission in present day Nuuk, or Godthåb.

Weinreb and Douwma give at least six editions of this map. We have not been able to trace any institutional examples of this edition. 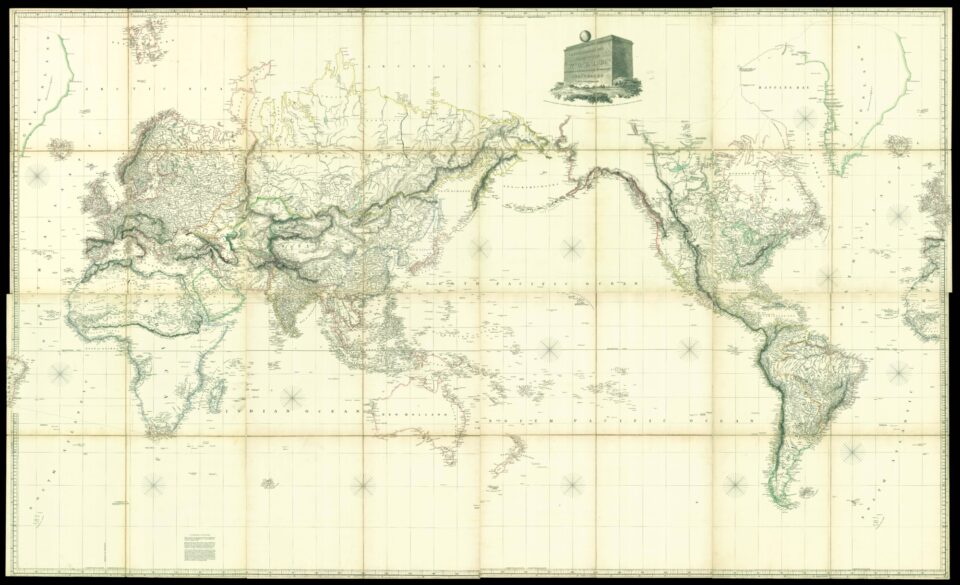