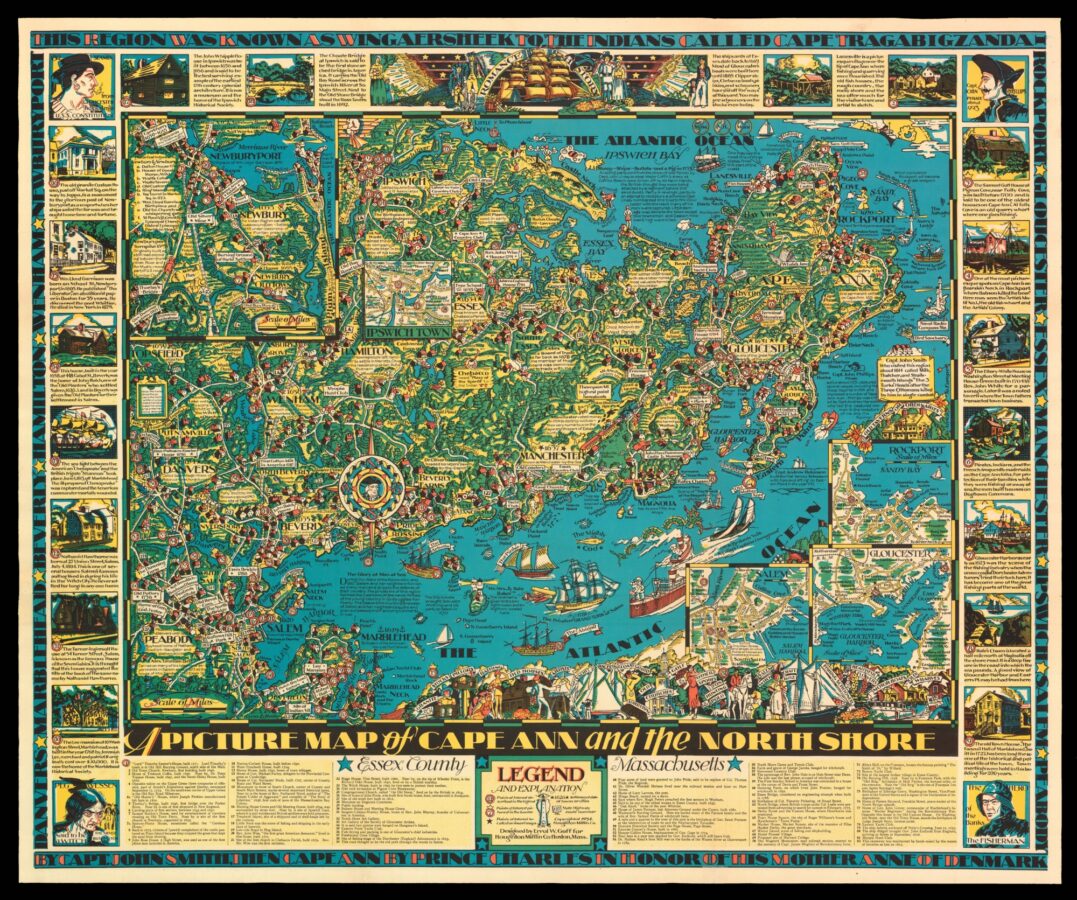 The area is rich in sites and landmark structures pertinent to American colonization and early history from the 17th century to 19th century, which are exhaustively illustrated and explained with captions. The area’s maritime heritage is also featured, including depictions of vessels from different eras in the Atlantic Ocean. The detailed cartography includes towns, beaches, islands, state highways and bodies of water. Settlement dates of towns and cities are noted. The principal map is titled ​“Essex County, Massachusetts,” and includes a numbered legend in the lower margin listing points of interest. The principal map also includes inset maps of Ipswich Town, Newbury, Rockport, Gloucester, and Salem and is surrounded by 22 vignette illustrations related to the area’s history and historic structures. At the top, a larger central illustration incorporates a clipper ship under a banner reading ​“Romance — History,” flanked by Pilgrims, 18th-century colonists in three-cornered hats, and 19th-century sailors and a woman and girl. A blue border is inscribed in block letters along the top and bottom edges: ​“This region was known as Wingaersheek to the Indians called Cape Tragabigzanda by Capt. John Smith then Cape Ann by Prince Charles in Honor of His Mother Anne of Denmark.” The left and right borders contain the names of Cape Ann towns: Danvers, Marblehead, Beverly, Hamilton, Wenham, Newburyport, Rockport, Gloucester, Essex, Manchester, Ipswich, Salem and Peabody. 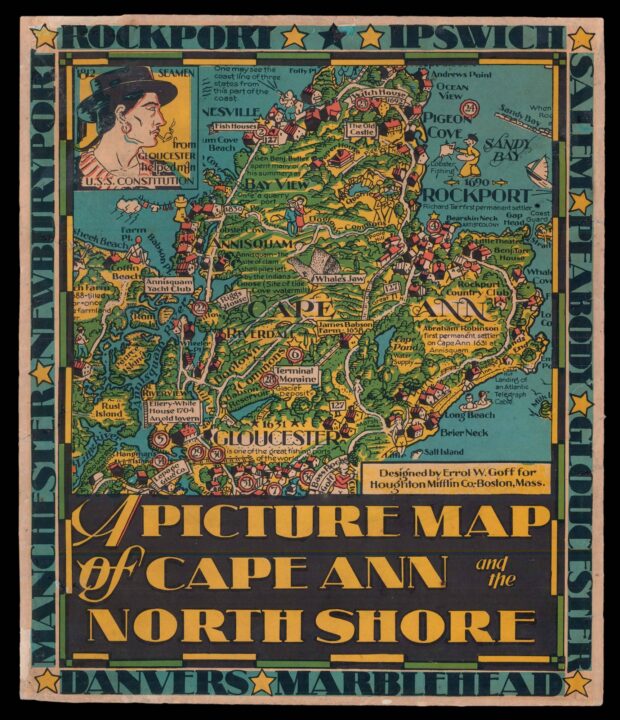