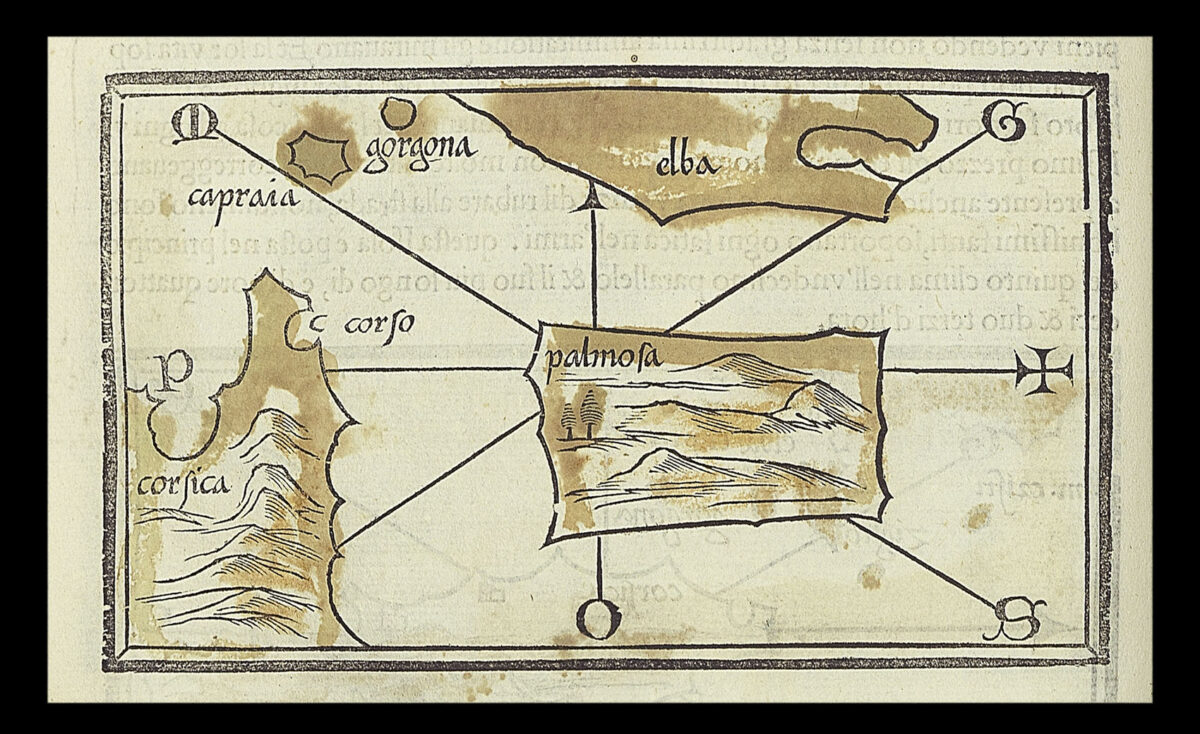 A map showing Pianosa off the coast of Italy.