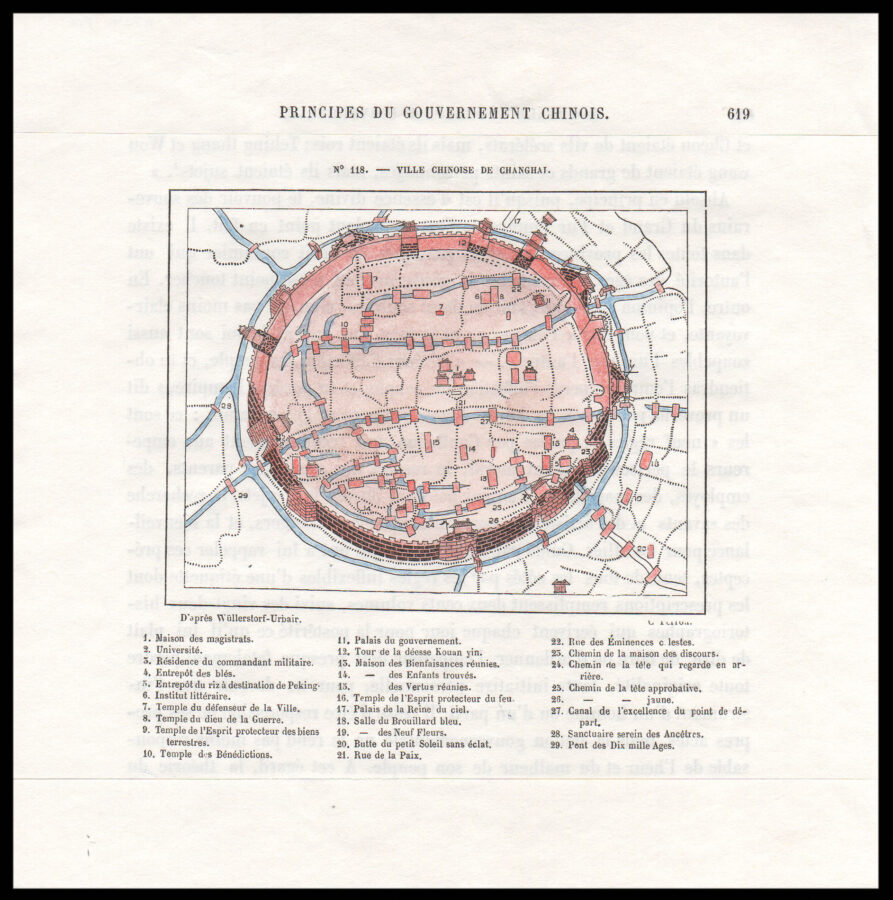 A map of the Old City of Shanghai, from ​‘La nouvelle géographie universelle’ by Élisée Reclus. Reclus (1830–1905) was a French anarchist and geographer, who was eventually banished in 1872 after the collapse of the Paris Commune. ​‘La nouvelle géographie’ was his greatest work, written in exile in Switzerland, examining the way that human society shaped and was shaped by its geographical environment. It won a gold medal from the Paris Geographical Society in 1892.

The Old City was known then as the Chinese City, to differentiate it from the concessions of various European powers which had been established throughout Shanghai. Shanghai was originally built as a walled city, but by the time this map was made it was connected to the rest of the urban area through numerous bridges. The key at the bottom gives the location of important buildings. Some, such as the City God Temple (Temple du défenseur de la Ville), remain today.