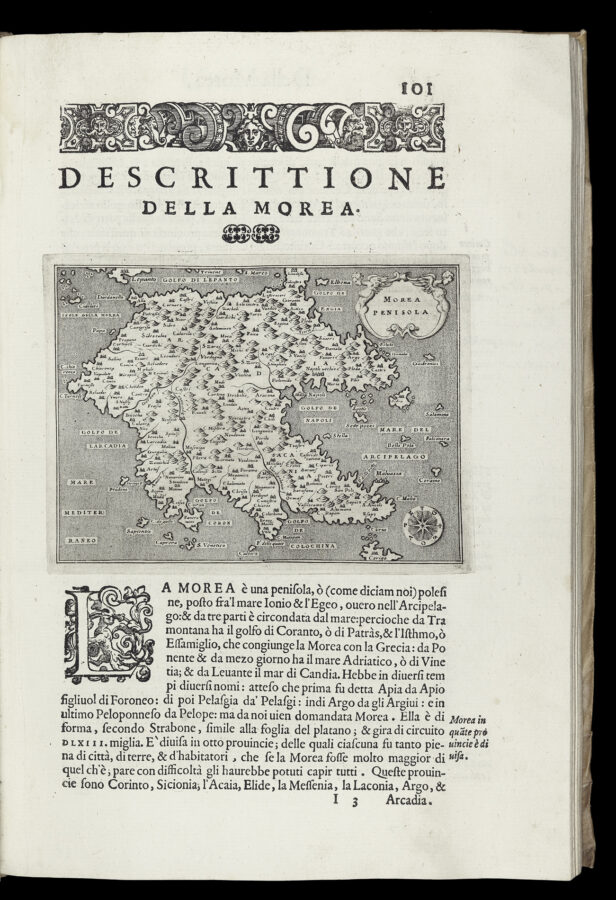 A detailed map of the Peloponnese peninsula (Morea) in southern Greece.