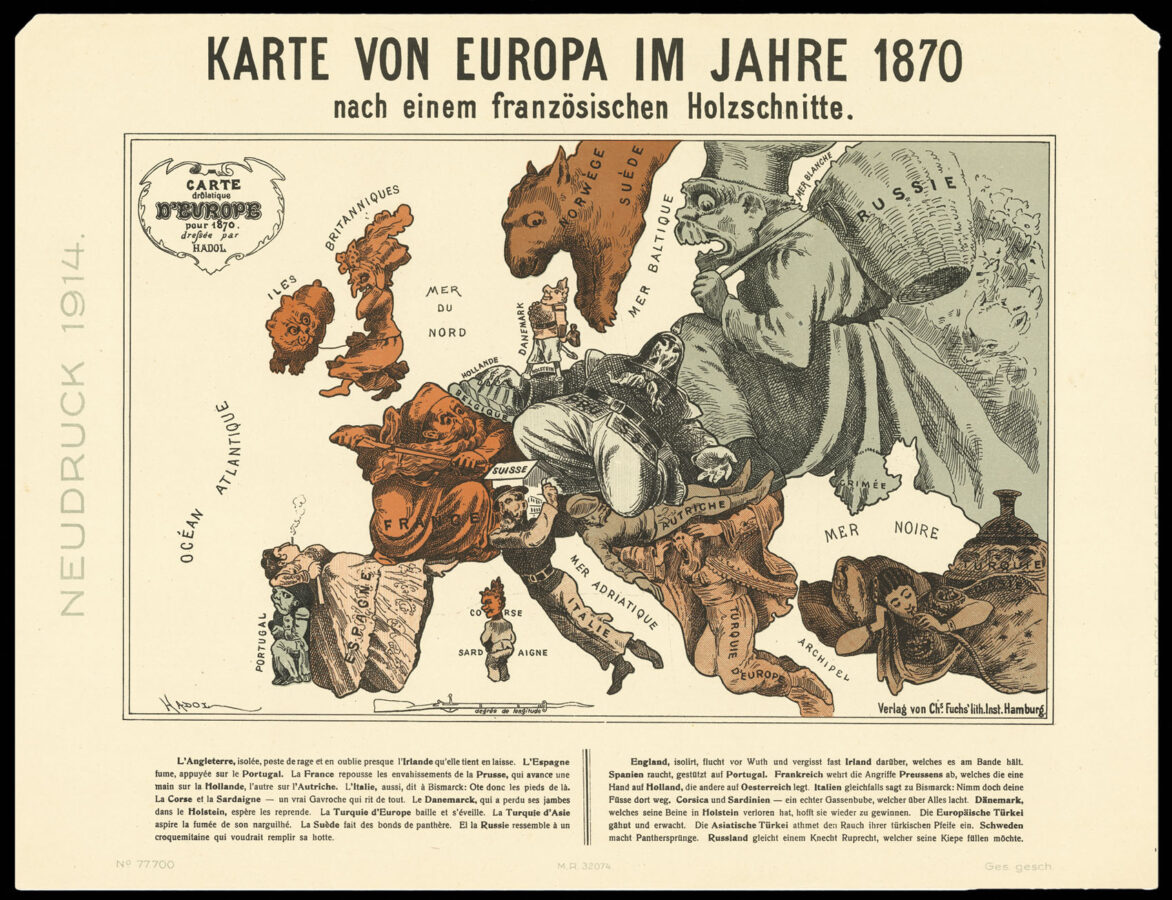 German re-strike of Paul Hadol’s comic map of Europe in the year 1870.

In the center, a buffoonish Prussia interacts with its suspicious neighbours. England is depicted as an old woman holding its dog, Ireland, by a leash. Spain and Turkey are portrayed as unconcerned women on the fringes relaxing with a cigarette and a hookah respectively. Corsica and Sardinia become an impish figure mooning the viewer. A rifle with a bayonet near the bottom edge is sardonically labeled ​“Degrees of Longitude.” The various tensions and rivalries between the nations are described in the caption: ​‘England enraged forgets Ireland but still keeps it in her power. Spain & Portugal smoke away lazily. France tries to overthrow Prussia who advances one hand on Holland & knee over Austria. Italy advises Bismark to keep off. Corsica & Sardinia laugh on at all. Denmark hopes to recover Holstein. Turkey is drowsily awaking from smoke. Sweden crouching like a panther. Russia a beggar trying for anything to fill his basket’.