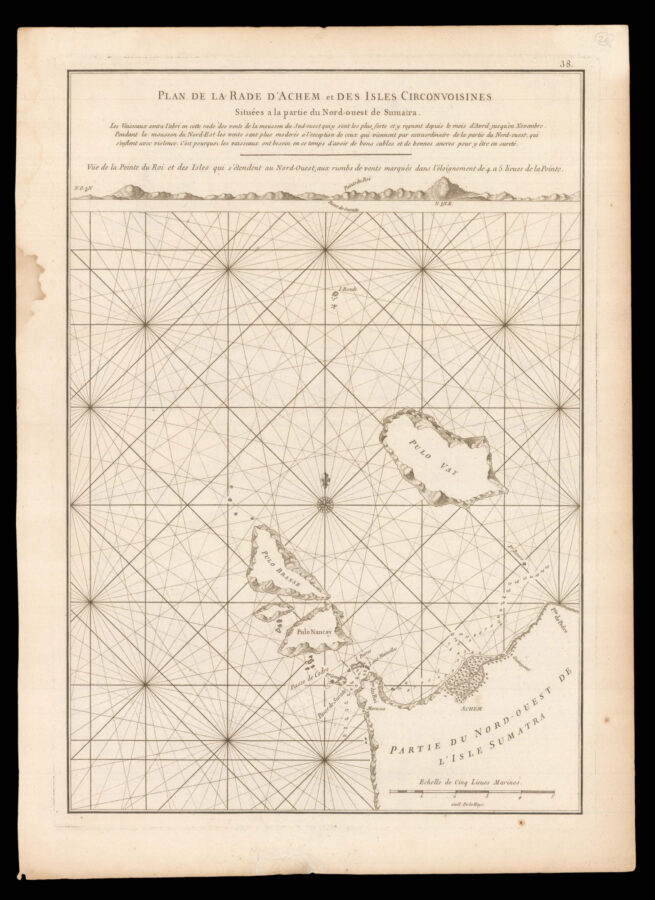 Passe de Surate to the northwest tip of Sumatra

Chart of the safe-passage through the roads into the port of Banda Aceh, Sumatra, and the islands of Pulau Weh, Breueh and Nasi, with a coastal profile of the southwestern approach, called ​“Passe de Surate” to ​“Pte du Roi”. A caption beneath the title warns that even though vessels are sheltered in these roads from the winds of the Northeast monsoon, the winds from the Northwest, can be violent and cause large swells, which ​“is why ships need to have good cables and good anchors to be safe there”. 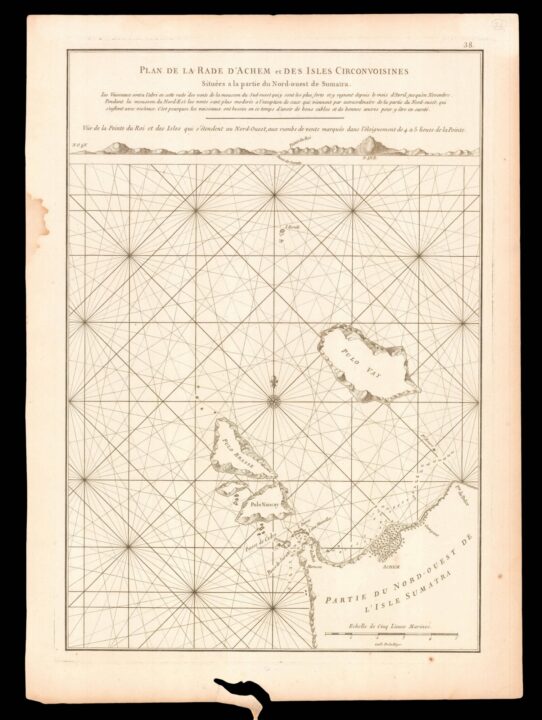