Rare. Parliamentary report on the sanitary conditions in Hong Kong by the civil engineer Osbert Chadwick.

The two works provide a great deal of information on the terrible sanitary conditions in Hong Kong towards the end of the nineteenth century, and Chadwick’s extensive remedies for the situation. These included a new source of fresh running water, by the construction of a new reservoir at Tai Tam (now one of the major sources of water for the city); a new system of public and household drainage, and the systematic removal of human and other waste from the city. Chadwick accompanies the report with three maps depicting Tai Tam, Victoria, and the Queens Road in Victoria, together with 12 plates depicting houses in plan and elevation, and images of various sewers and sewer systems. Several of the recommendations where implemented by the crown colony, with the reservoir at Tai Tam completed in 1888. Unfortunately, the water supplied by the new reservoir would prove to be insufficient, and would not be rectified until 1912 with the construction of the Tai Tam Tuk dam.

Osbert Chadwick, C.M.G., son of Sir Edwin Chadwick, was born on the 5th April, 1844, and died in Scotland on the 27th September, 1913. Educated at the Royal Military Academy, Woolwich, he entered the Royal Engineers in 1864, but resigned his commission ten years later to become a civil engineer. Like his father, he adopted the sanitary branch of the profession, and for many years, as Consulting Engineer to the Colonial Office, he carried out many important sanitary works, chiefly in the Crown Colonies. These included water-supply, sewerage and drainage systems for Grenada, Malta, Hong Kong, Mauritius, Trinidad, Kingston, Jamaica, and many other places. His services were rewarded with a C.M.G. in 1886. Mr. Chadwick was elected an Associate of The Institution on the 9th January, 1872, was subsequently placed among the Associate Members, and was transferred to the class of Members on the 30th November, 1897.

2. Plan of the City of Victoria Hong Kong. Detailed plan of all the major municipal buildings and roads in Victoria; the key provides information on sewers, public latrines, and police stations. Scale: 500 feet to 3/4 inch. Dimensions: 860 by 300mm (34 by 12 inches). 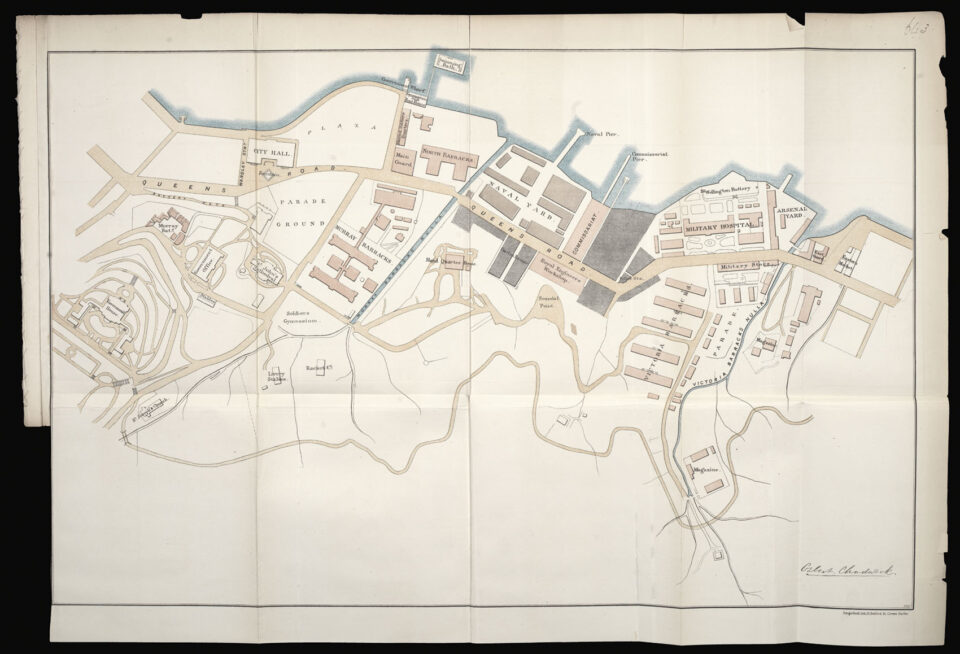 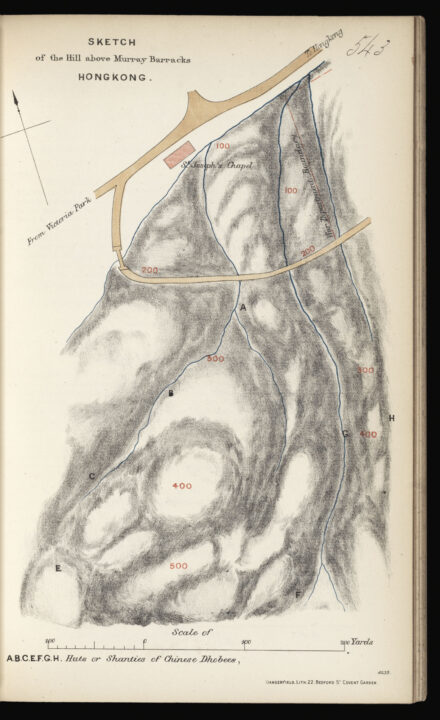 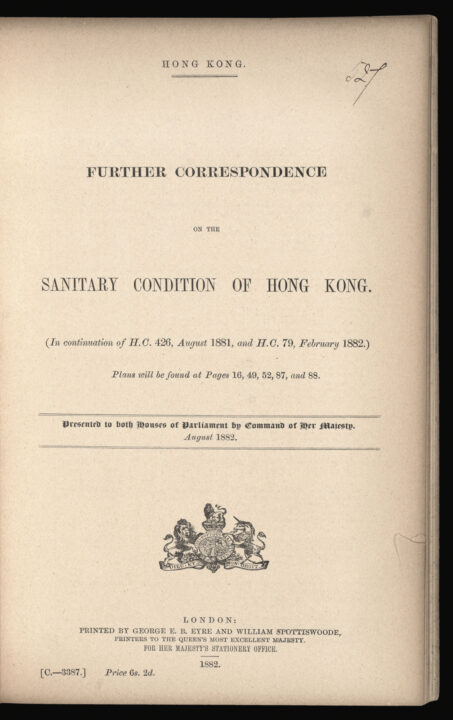