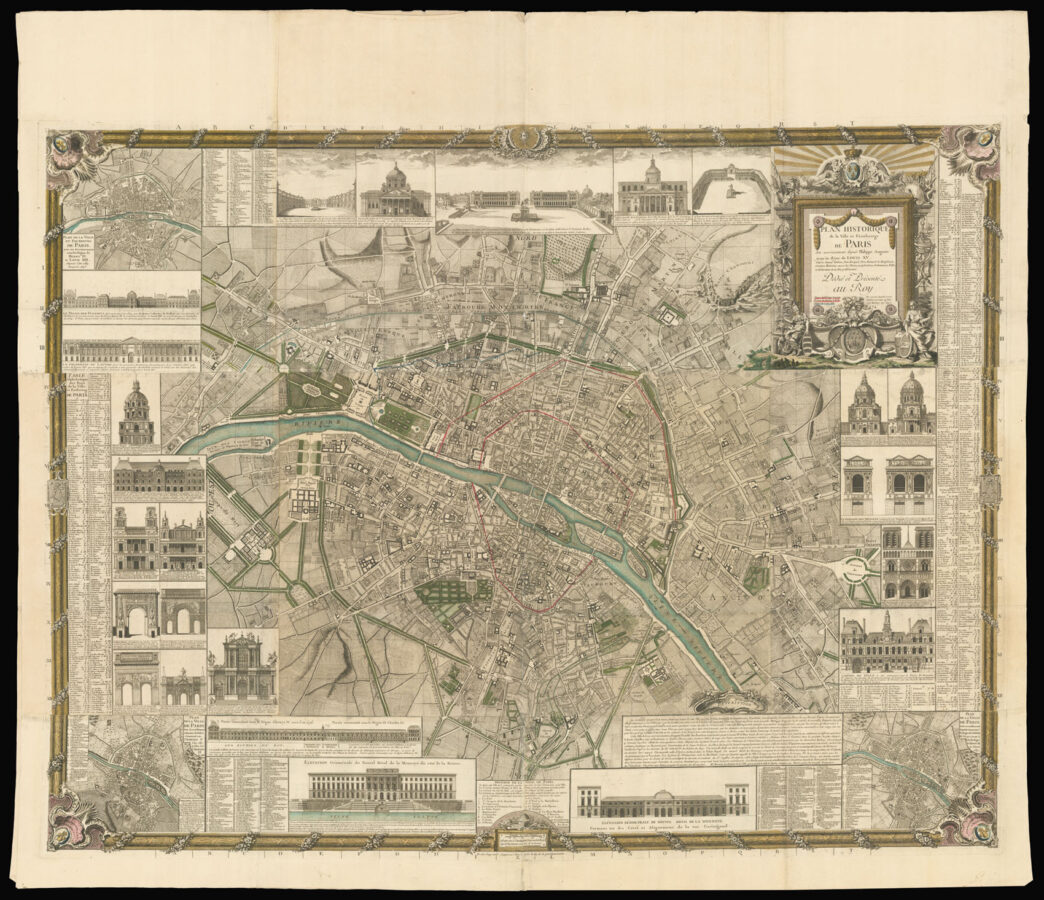 Paris through the ages

Sorrounding the plan are 22 views of royal squares, historic buildings and recent monuments. To each corner is a plan of Paris in the reigns of Charles V and Charles VI (1367–1383); Chales VII to Henry III (1422–1589); and Henry IV and Louis XIII (1589–1643). To the left and right of thr plan is a street index, together with a key to the city’s principal buildings. The title cartouche is decorated with the coat-of-arms of Paris, and numerous scientific and cartographic instruments.

Maurille-Antoine Moithey (1732–1805) was a Paris map and printerseller; engineer and geographer to the King and a professor of mathematics. Moithey specialized in the publication of historical plans showing urban developments since the mid-sixteenth century. He has published plans Orleans, Reims, Angers and Lyon.