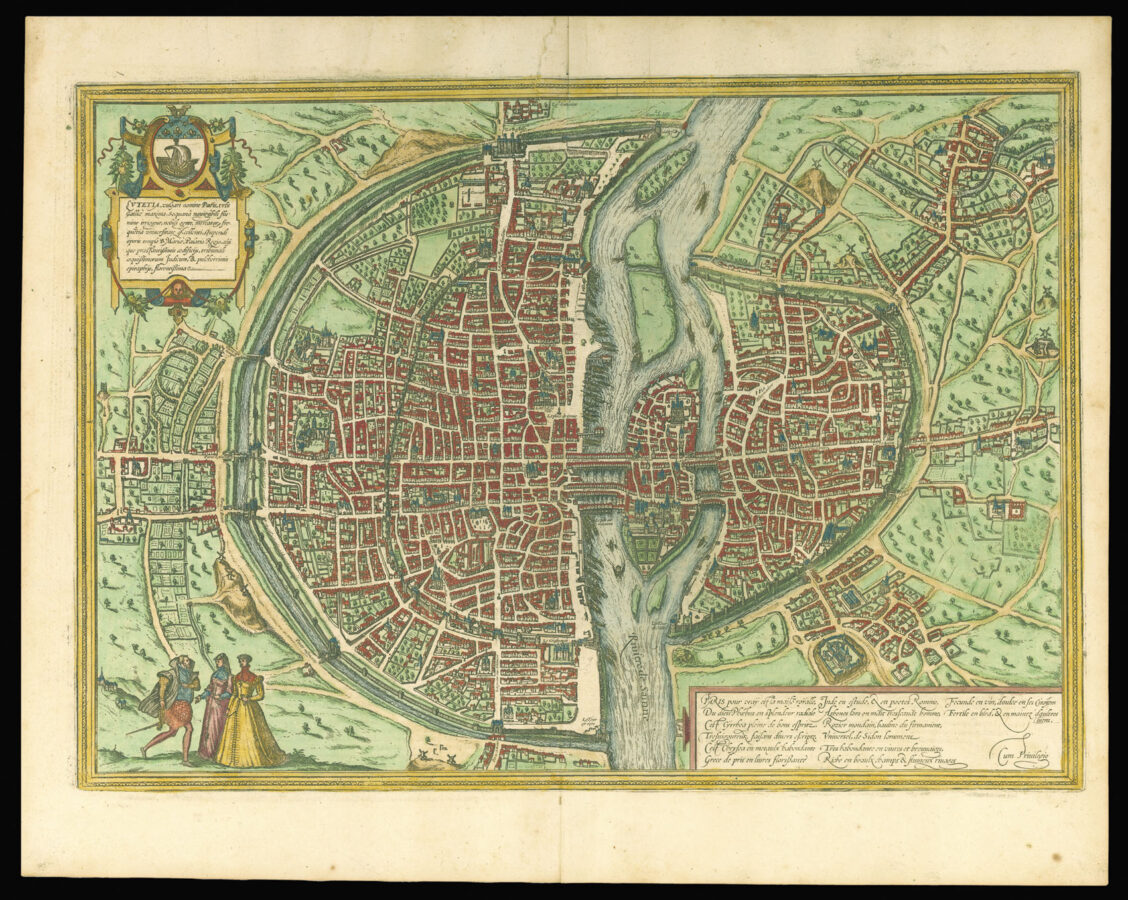 A fine example of the first state of Braun and Hogenberg’s plan of Paris.

Paris is shown from a bird’s-eye perspective. In the 16th century, under Henry IV, the city was transformed into a splendid capital; in the present engraving, however, this process has not yet begun. The urban layout within the city walls is illustrated very clearly, as is the Seine flowing around the àŽle de la Cité with the Sainte-Chapelle, the palace chapel. During the reign of Philip IV (Philip the Fair) the Tour d’Argent and Tour de César gatetowers and the Tour de l’Horloge clock tower were built. The city numered some 200,000 inhabitants. Just beyond the city wall at the top of the picture is the large Fort la Bastille. On a fictive hill three people clad in typical contemporary dress are shown from an idealized viewpoint. In the first half of the 16th century, France copied the stiff Spanish fashions: hence the man wears a Spanish cape with a stand-up collar and epaulettes over a padded doublet and hose, while the ladies wear corsets and close-fitting ruffs.