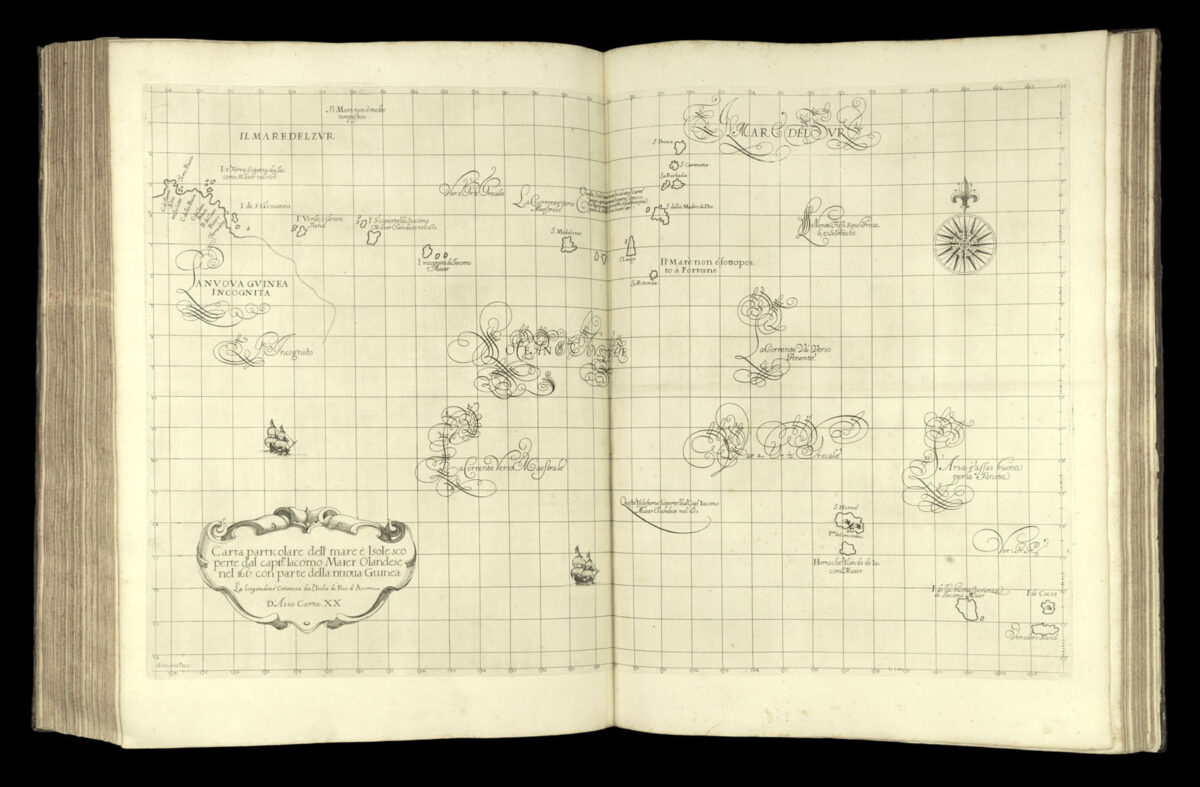 Map showing part of the coast of Papua New Guinea with the outline left undistinct, and the islands of the Solomon and Coral Seas in the South Pacific.