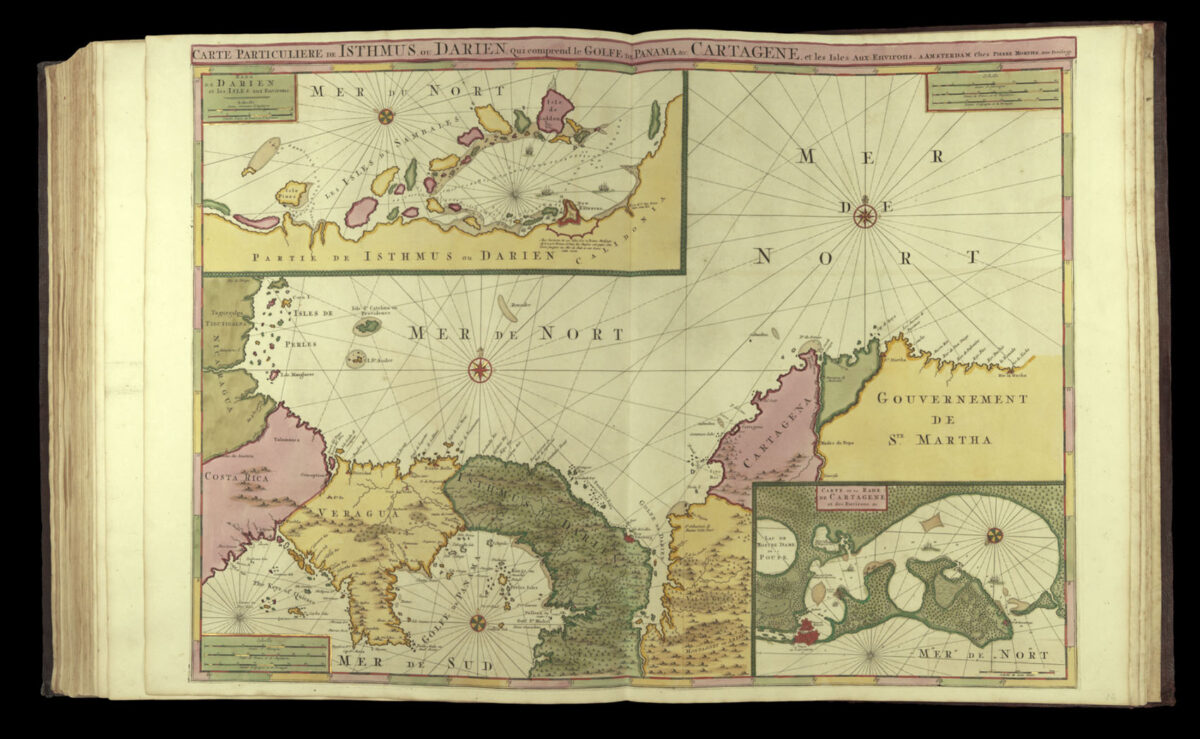 A map of Panama and Colombia in central America, and the Caribbean Sea. The insets show the coast of the Isthmus of Darien and the city of Cartagena in Colombia.