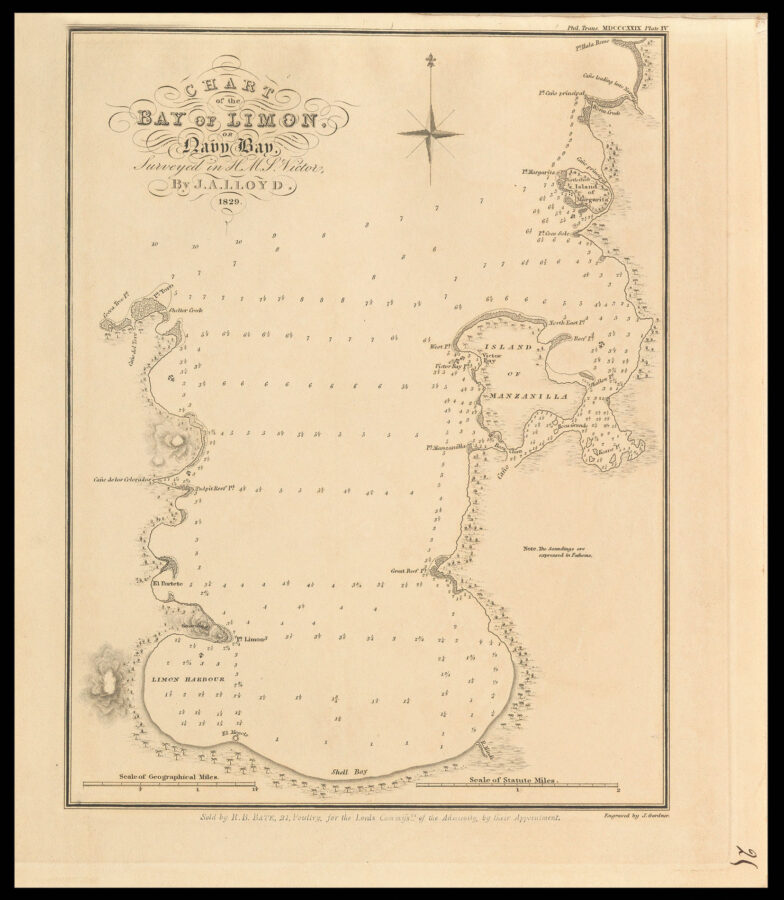 Chart of the Bay of Limon or Navy Bay Surveyed in HMS Victor by J.A. Lloyd 1829.

The survey was carried out by Captain J. A. Lloyd, who was appointed Surveyor-General for Mauritius in 1832; and engraved by James Gardner, who had worked under Thomas Colby on the Ordnance Survey, and became sole agent of the OS in 1823. He was also a founding member of the Royal Geographic Society.