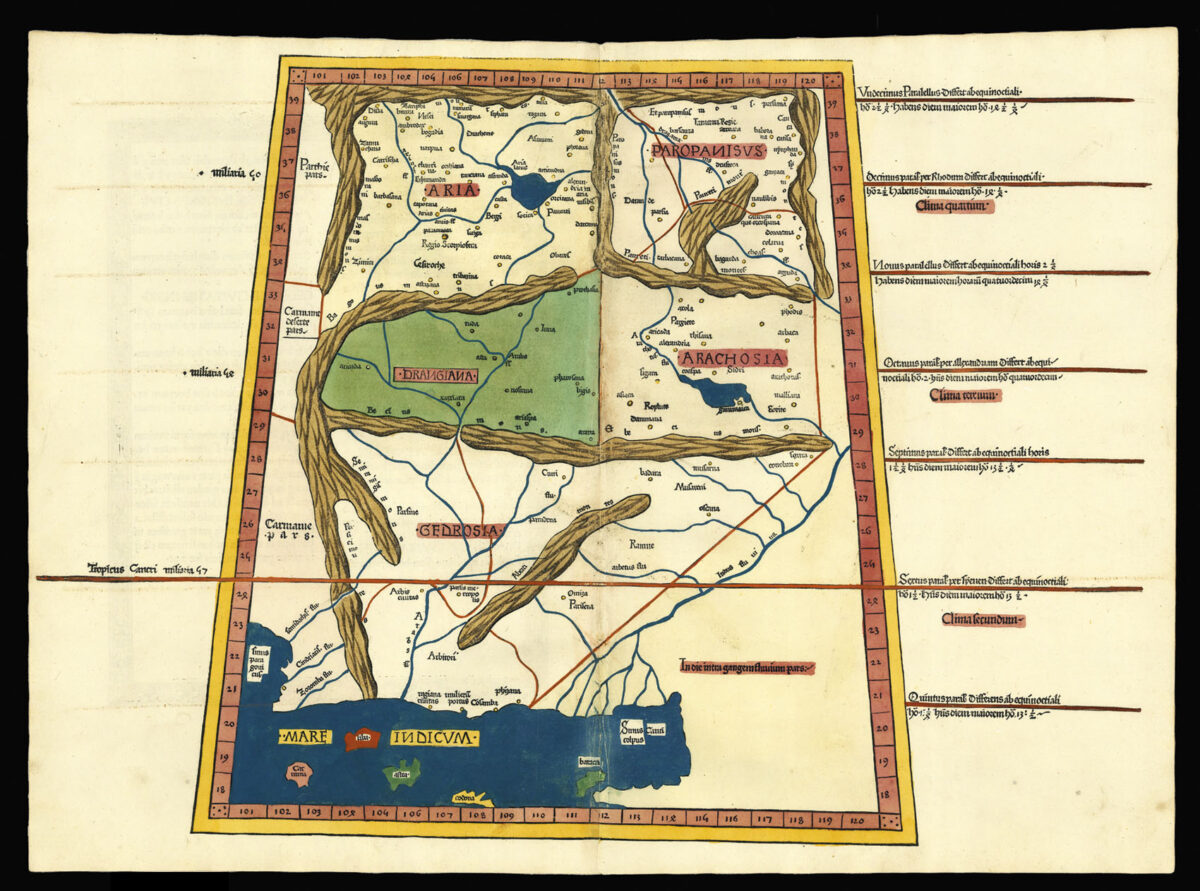 This striking map depicts Pakistan and Afghanistan as envisaged by the second century A.D, cartographer Claudius Ptolemaeus, and is one of the earliest obtainable prints maps of the area. The four areas depicted at the top of the map roughly conform to modern day Afghanistan. ​“Gedrosia” to the south western Pakistan, with the Indus river lying upon its eastern border.