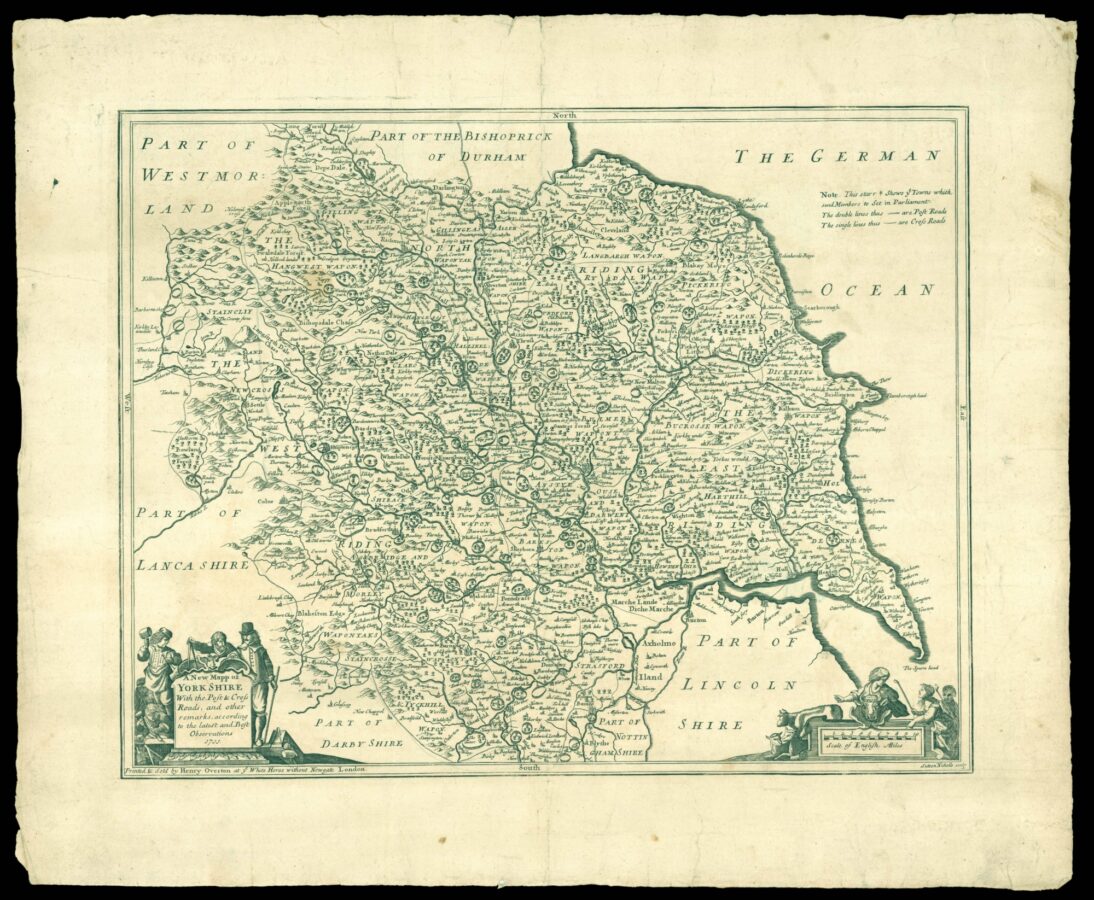 A New Mapp of Yorkshire With the Post & Cross Roads, and other remarks, according to the latest and Best Observations.

In 1711 and 1712 Henry Overton employed Sutton Nicholls to engrave maps of Cornwall, Derbyshire, Gloucestershire-Monmouthshire, Lincolnshire, and Yorkshire [the present map]; in order to fill in gaps in the stock of county maps that he had inherited from his father.

The maps were based on Jansson’s county maps and have the signature of Nicholls to the bottom right and the Overton imprint below the title. Some major towns are marked by a miniature plan suggesting that Nicholls used Jansson maps as revised by Schenk and Valck as his model. Astericks are added to denote parliamentary representation. The map first appeared in Overton’s atlas of 1716.