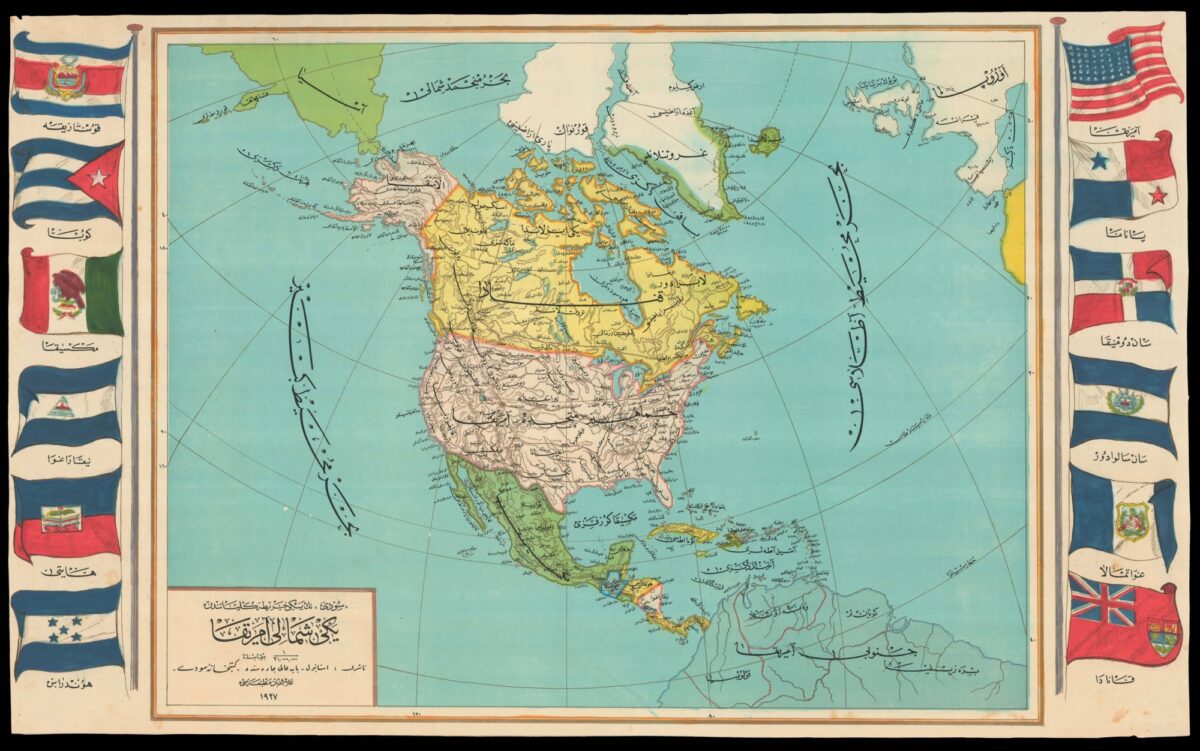 This Ottoman map of North America appears to be based on a similar map first printed in 1919 by Zellich & Sons, publishers based in Constantinople. During the first decade of the twentieth century, there had been significant commercial ties between the Ottoman Empire and the USA, with migration from the former to the latter increasing as a result. When America declared war on Germany in 1917, however, the Ottomans severed all these ties, and not until 1927 were diplomatic relationships resumed between the USA and Turkey, the Empire’s successor state. Around the main image on this map 12 flags correspond to the countries of North and Central America.

This map is very rare: we are unaware of any examples appearing on the market, since theSecond World War.