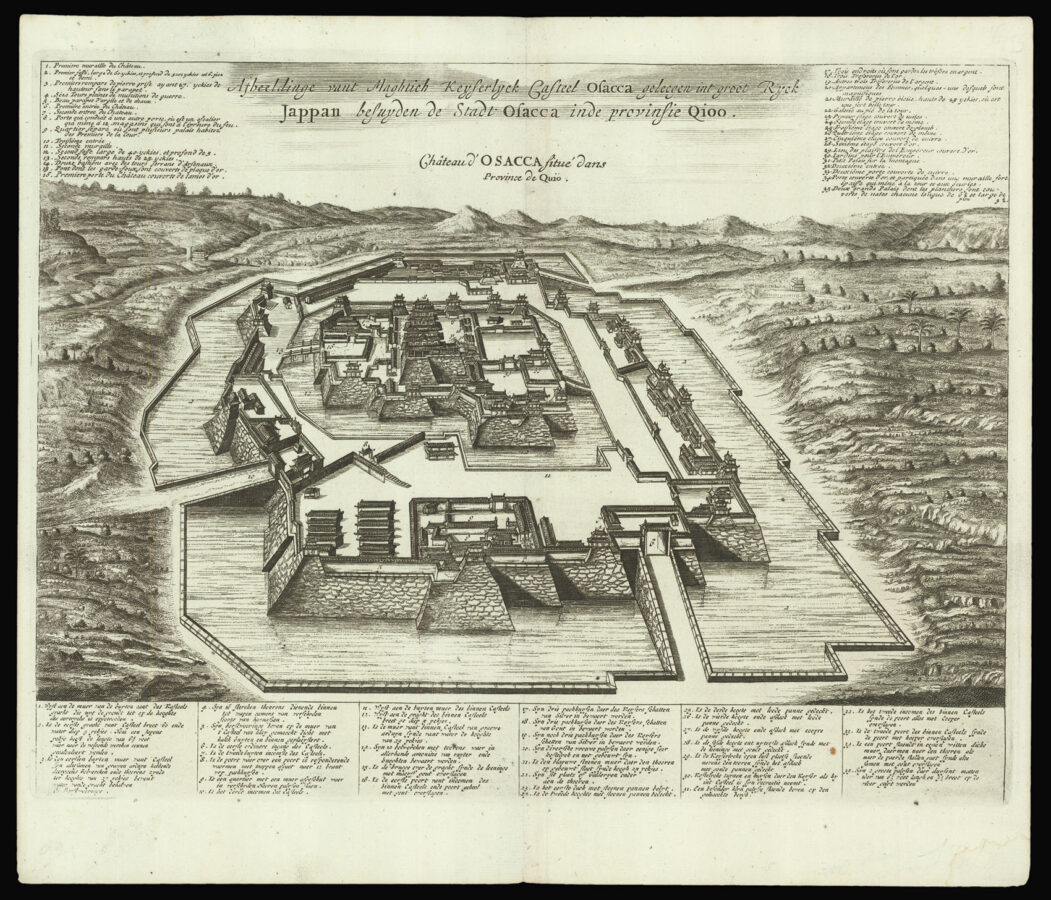 Osaka Castle is one of Japan’s most famous landmarks and it played a major role in the unification of Japan during the sixteenth century of the Azuchi-Momoyama period.

At the centre of the print is the main tower of Osaka Castle, situated on a plot of land roughly one square kilometre. It is built on two raised platforms of landfill supported by sheer walls of cut rock, using a technique called Burdock piling, each overlooking a moat. The central castle building is five stories on the outside and eight stories on the inside, and built atop a tall stone foundation to protect the inhabitants.