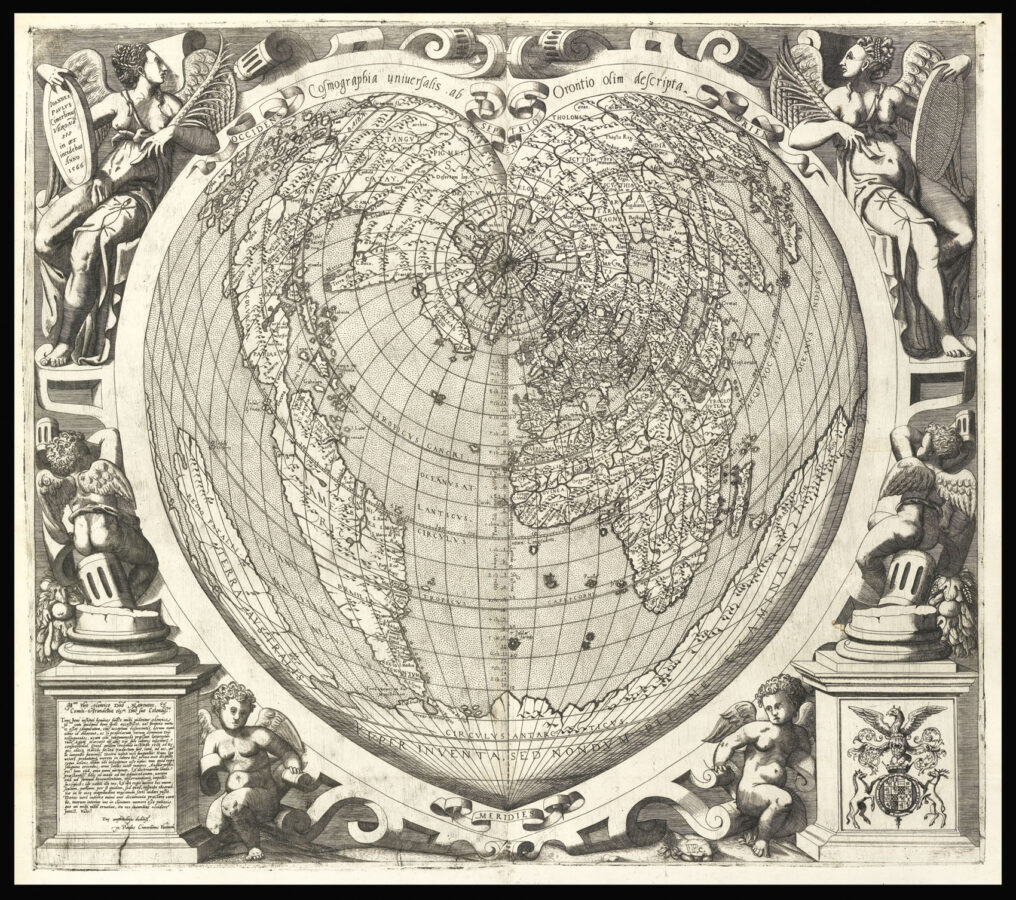 One of the most visually arresting maps of the world

The map — engraved by the Veronese artist Giovanni Cimerlino — was based upon Oronce Fine’s world map of 1534; and although the two maps are cartographically almost identical, Cimerlino frames the map with an elaborate Renaissance composition. Henry Fitzalan, twelfth Earl of Arundel and Lord Maltravers (1512–1580) was a godson of King Henry VIII and a leading nobleman at the Tudor court. Arundel had the auspicious honour of serving under Henry VIII, Edward VI, Mary Tudor, and Elizabeth I. As a leader of the Catholic nobility, he fell into disgrace in 1564 and Fitzalan bridged the troubles at home by a tour to Italy, where he may have met Cimerlino, although exactly what their relationship was remains a mystery.

Although Cimerlino was a Veronese artist, it has been argued that the map was most likely published in Venice due to the paper and ink used. Biographical information on Cimmerlino is scarce. The few signed works from his hands — among which there is no other map — are all dated between 1566 and 1570.