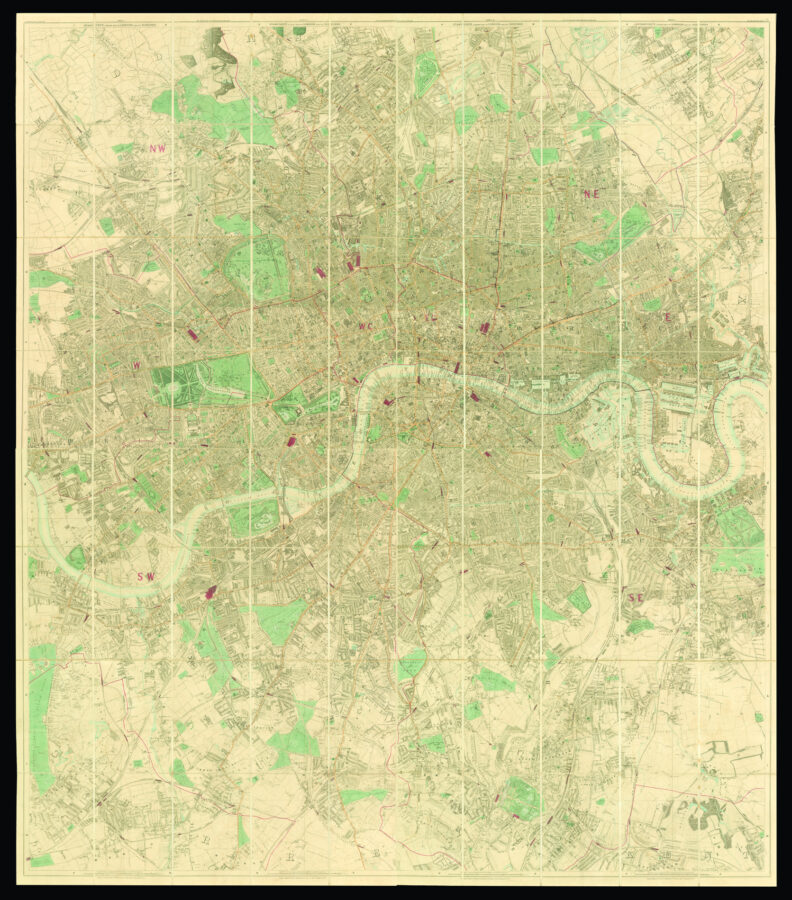 One of the most important maps of Victorian London

Library Map of London and its Suburbs.

First published in 1862, the map was to go through 21 revisions until its final appearance in 1901. ​“The plates of Stanford’s Library Map of London’ were used in the production of a number of other maps including the School Board Map of London, Booth’s Descriptive Map of London Poverty, several metropolitan improvement maps, a map showing the distribution of troops lining the streets for the 1897 royal jubilee, another showing the routes taken by the infantry from their quarters to their places on the streets on the occasion of Edward VII’s coronation, and Stanford’s plan of the Metropolitan Borough of Poplar, 1903.” (Hyde)