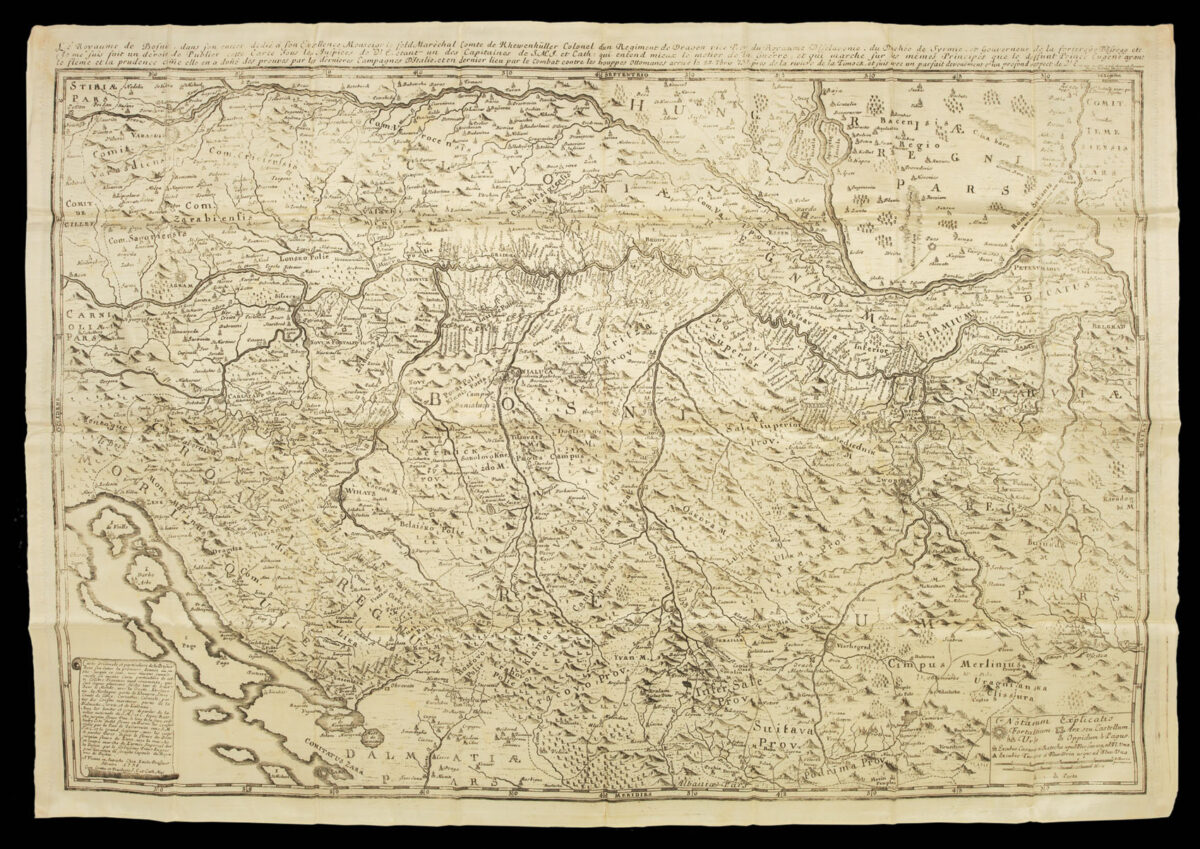 During the Austro–Turkish war of 1736–1739, a great amount of surveying was carried out by the Austrian troops. This new information was used by the Viennese bookseller and editor Etienne Briffaut in his map of Bosnia of 1738.

​“The course of the White Drim (Drin Blanc Fl.) and the peaks of Prokletije mountains (M/​onte/​Poklenos) separate the region of Metohija from Albania in the southwest. On the right bank of the Drim lie Dečani (Decian), and on its left bank Peć, the seat of the Serbian Patriarch (Pechia, hic Patriarcha Servie). To the north is Mt. Kopaonik (Copaun), to the east Banjska (Bantzka), Mitrovica (Murovitza), Vučitrn (Vuziterna), Priština and Janjevo (Iagneno), next to which are two nameless lakes; wi Dobrotin, Lipljan, Novo Brdo (Movibordo) and to the north wrongly located Šar-Mountain (M/​onte/​Sardag). As Briffaut did not have enough data about the settlements on the border between Serbia and Albania, he was compelled to use the well-known but outdated inventory from Ptolemy’s charts. Thus, in the border region of Albania toward Serbia and Macedonia the ancient settlements of Ulpiana, Timacum, Vendenis and Siparuntum appear on the eastern side.

The map was intended for military use and that is why special attention was devoted to the routes. From Pljevlja and Prijepolje the so-called via Drine runs over Mileševa and Rožaj (Roshai) to Peć, where it turns down the left side of the White Drim towards Priština, branching off to the south toward Podujevo and Kuršumlija. The second road comes from Herzegovina, going over Plav, crossing the first road north of Peć, going round mountainous region and descending to the border with Albania, leading further to the village Hoča, where it turns north and leads towards Bulgaria. The third road comes from Višegrad, going via Priboj, Nova Varoš, Novi Pazar towards Banjska, Mitrovica and Priština, where it merges with the first road. Between these main roads going west-to-east, a transversal road from Mitrovica to Podujevo is also marked. The value of Briffaut’s map lies in the various topographic signs marking fortresses, cities, castles, towns, marketplaces, monasteries, villages, Turkish watchtowers and navigable rivers marked by double lines.” (Gordana Tomović) 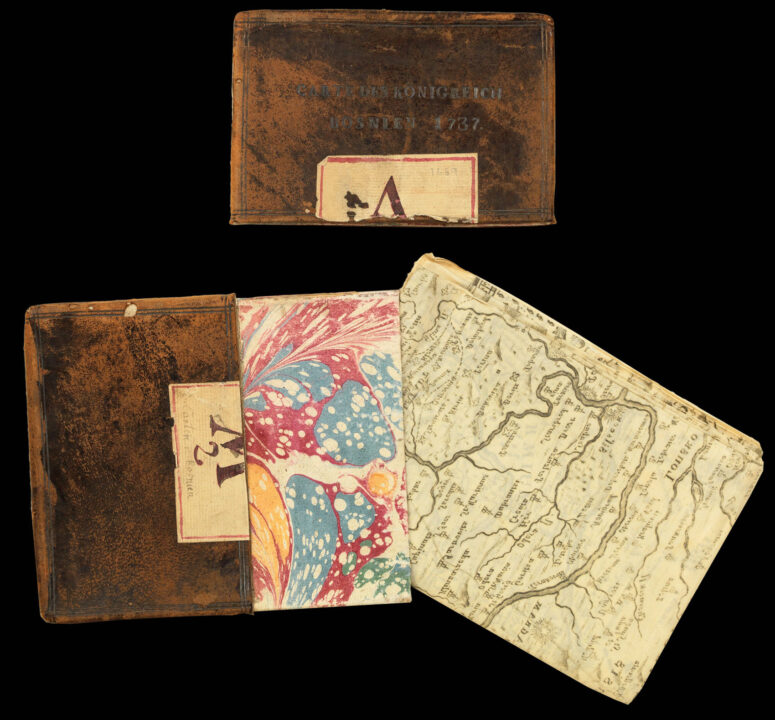