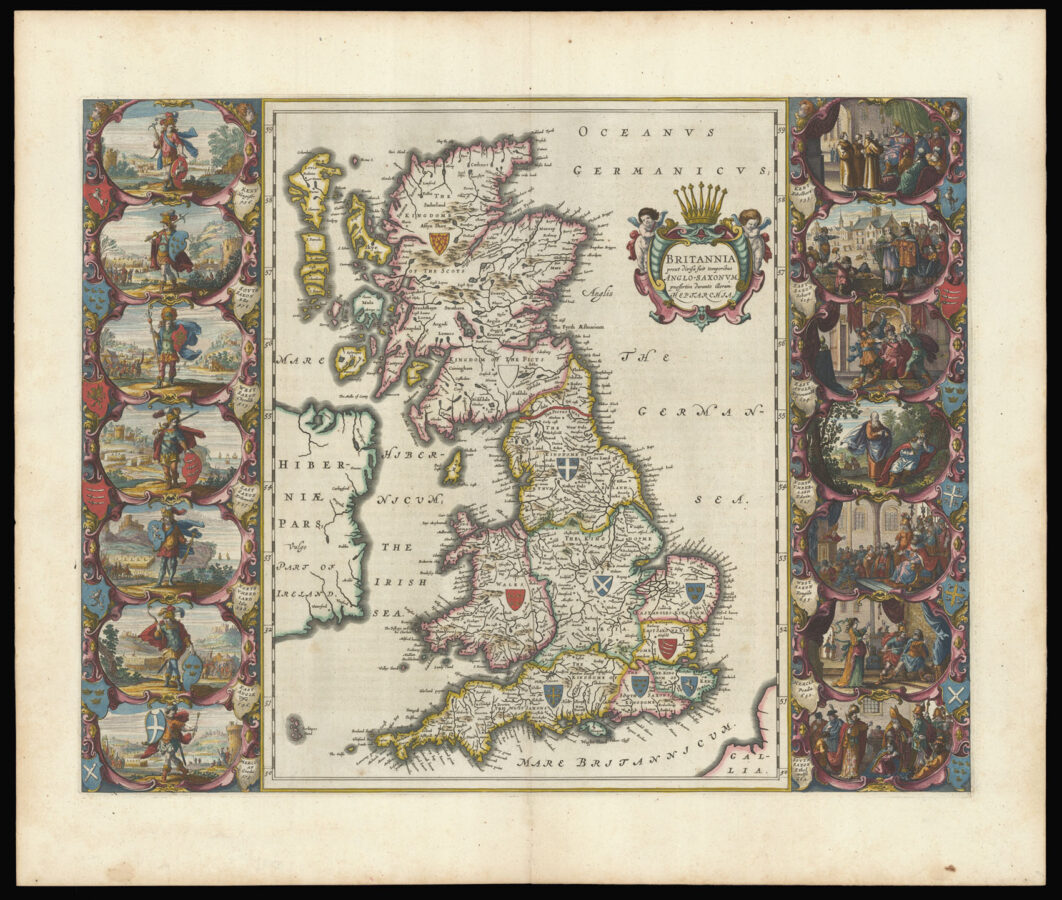 This stunning map is a superb example of Dutch cartographic design and is one of the most decorative maps of the British Isles ever produced. The dramatic vignettes to each side of the map depict the founders of each of the seven Kingdoms, whilst the scenes on the right show the conversion of the various Kingdoms to Christianity. Closely modelled on Speed’s ​‘Heptarchy’ of 1611, the vignettes surrounding Blaeu’s version have been completely redone in the grand style of Dutch contemporary paintings.