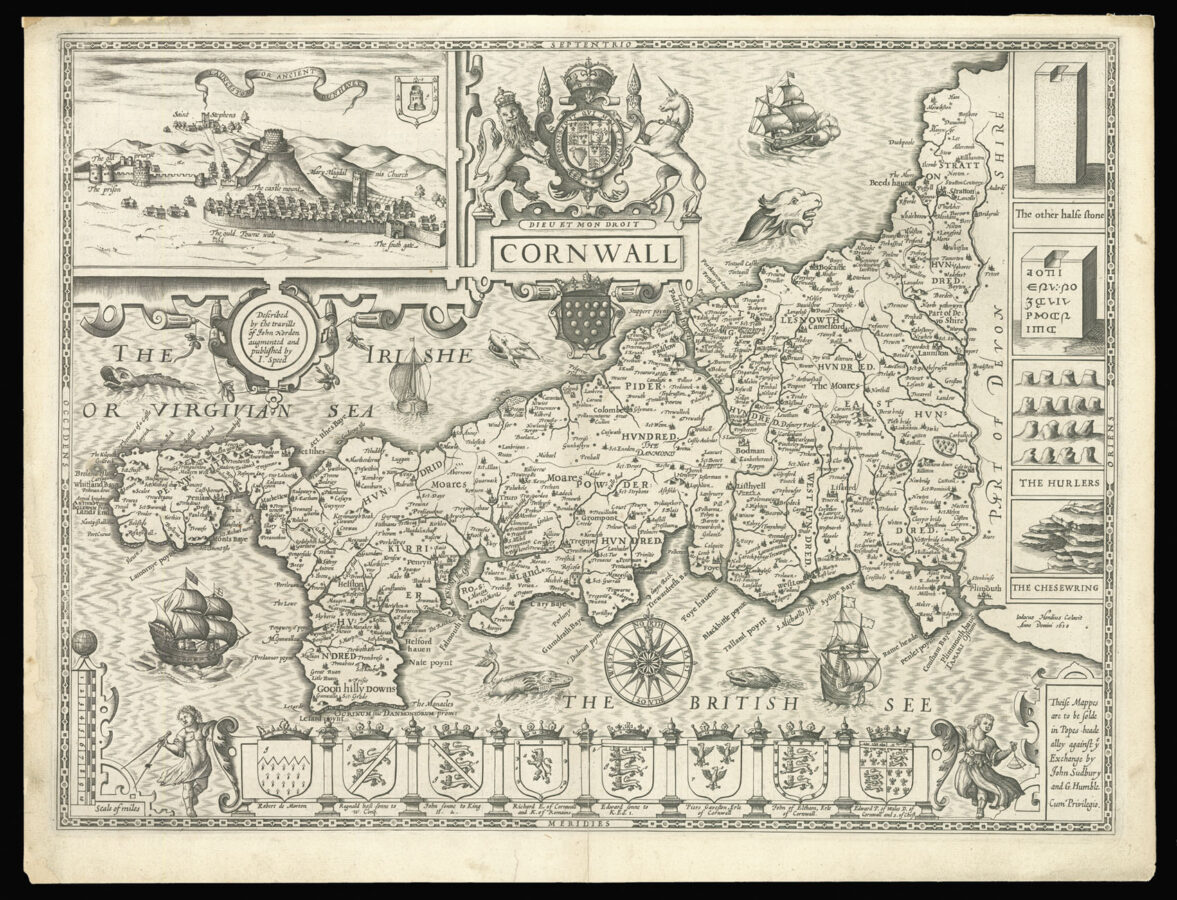 One of the most decorative maps of Cornwall

Cornwall, Described by the travills of John Norden, augmented and published by John Speed

One of the most decorative maps of the county: a large Royal crest, eight armorials, a prospect of Launceston, four antiquities and galleons and sea-monsters fill the space around the peninsula. The English text on verso gives a history of the county and an extensive list of towns and villages.

Speed took as his source material John Norden’s map of the county. John Norden (1548–1625) had himself planned a county atlas of England and Wales. However, he only managed to survey eight of the fifty-two counties before he ran into financial trouble