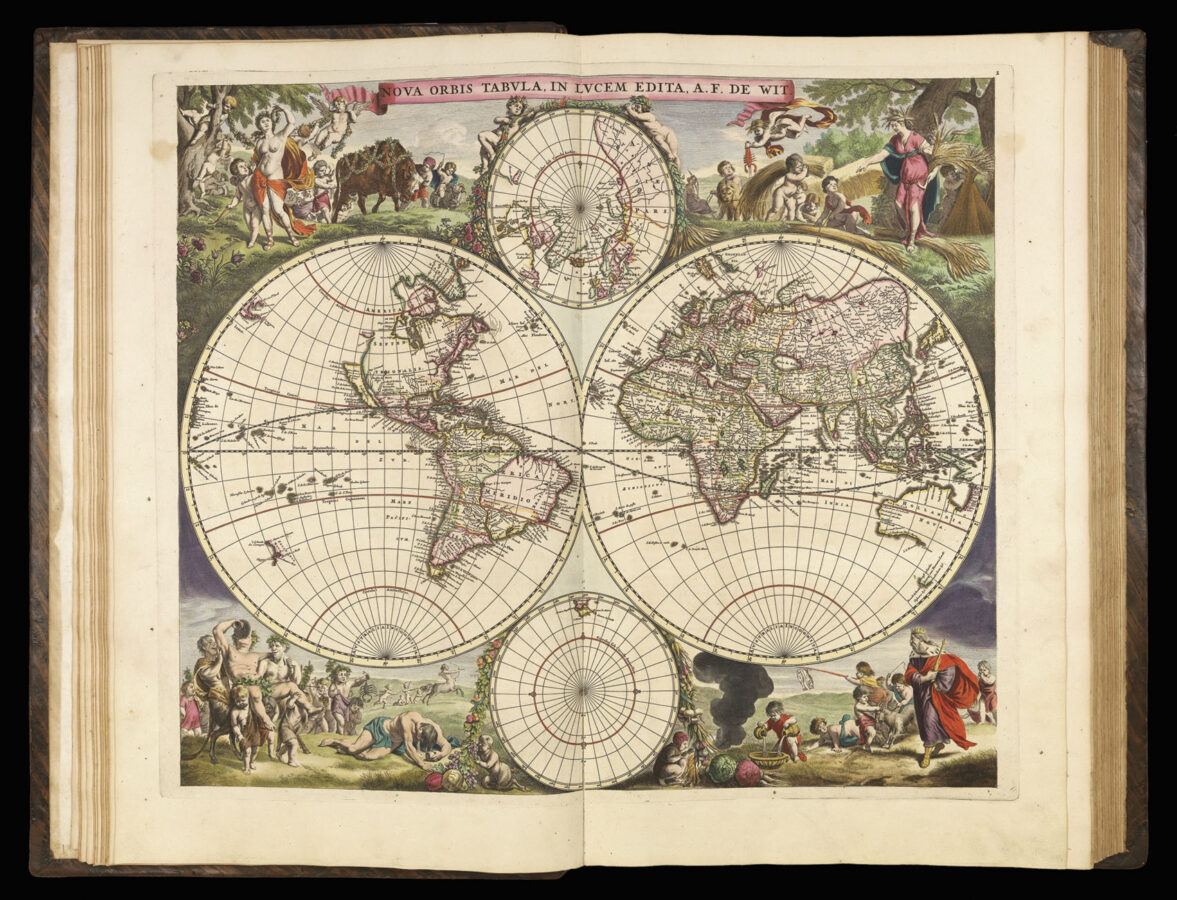 “One of the most attractive world maps of its time”

The first state of De Wit’s highly decorative map of the world, before the border and the cherubs in the cusps were added. ​“De Wit’s map is one of the most attractive of its time. The brilliant scenes in the corners combine images of of the four seasons, the elements, and the signs of the zodiac in a well-balanced and naturalistic way”. (Shirley 452). They represent the seasonal triplicities of classical astronomy, described by Ptolemy in ​‘Tetrabiblos’.

As De Wit atlases are rarely dated, his maps are often assigned a general date of c.1680. However we know from its inclusion in Blaeu’s ​‘Atlas Major’, published in 1665, that the map was produced earlier, as Shirley suspected: ​“It was probably in about 1670, or earlier, that De Wit prepared a new terrestrial world map as a counterpart to his maritime map dated 1668 (Entry 444). […]There are however reasons for concluding that this world map was first produced at least a decade earlier as a replacement for his first world map of 1660 which had become outmoded. In some respects the terrestrial map would even seem to predate his maritime map, e.g. the less well-developed form of Hudson’s Bay, the out-dated configuration of the Great Lakes and the marking of Spitzbergen in outline only. It may therefore have been engraved in the mid-1660s.” (Shirley 452).

The map also appeared in atlases published by De Wit and in composite atlases by Visscher and others.