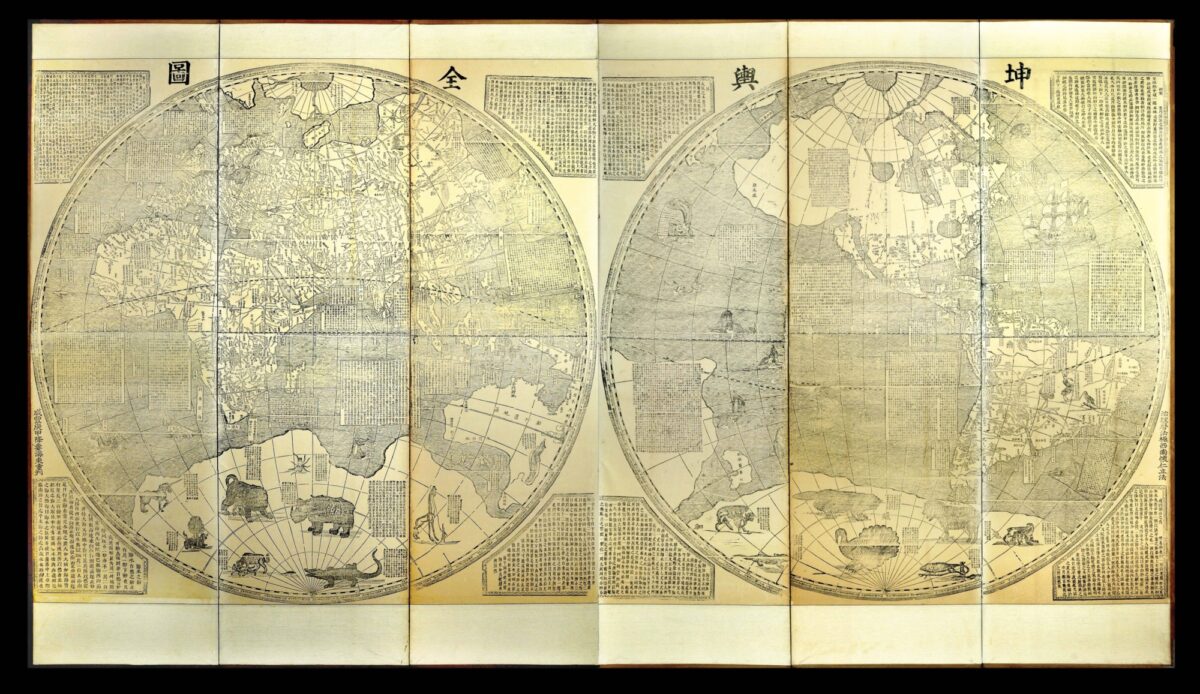 One of the largest world maps ever printed. Verbiest’s original is as rare as its forerunner produced by Matteo Ricci at Beijing in 1602 (or its now-lost predecessors). This reprint is almost as rare. It is easily distinguished from the 1674 by the addition of a new imprint in Chinese (accompanied with a chop in this example), and by the fact that the text in the spandrels of the original is within differently-shaped frames. The map itself has many similarities to Ricci’s (on a Mercator projection), with updating to reflect European (largely English) exploration of the Canadian Arctic and Greenland.

A remarkable piece of printing by the Jesuits in China, published to mark their official return to favour. Beginning with Ricci at the end of the sixteenth century, the Jesuits were really only tolerated in China as scientific advisers and were not allowed to embark on a general mission throughout the country, nevertheless the influence at the imperial court of Ricci’s successor, Adam Schall von Bell aroused the jealousy of imperial agents who, on the pretext of the Jesuits supposedly preparing the way for Portuguese occupation, in 1664 had Schall von Bell and five assistants sentenced to death. Schall von Bell was reprieved, but his Chinese assistants were executed and all the priests in China, were rounded up in Canton with a view to being expelled. It wasn’t until 1667 when the young Emperor K’ang-Hsi began to take a hand in the affairs of government and made friends with Schall’s successor, Ferdinand Verbiest, that the measures taken against the Christians were rescinded and the position of the Fathers made secure.

In 1658 with thirty-five new missionaries, Ferdinand Verbiest accompanied Father Martin Martini on his return to China after having secured at Rome the Decree of Alexander VII for the toleration of the Chinese rites. He reached Macao in 1659, and was exercising his ministry in Shen-si when in 1660 he was called to Peking to assist, and eventually to replace, Father Adam Schall in his astronomical labours. At this time Schall was very much in favour with the Shunzhi Emperor and had considerable authority. This began to change in 1661, however, when the Emperor died and four regents took power to run the country until the Emperor’s seven-year-old son who succeeded him became old enough to rule. With Schall’s death in 1666, Verbiest was the only westerner with the astronomical knowledge needed at the Chinese Observatory; he was appointed director in 1669. 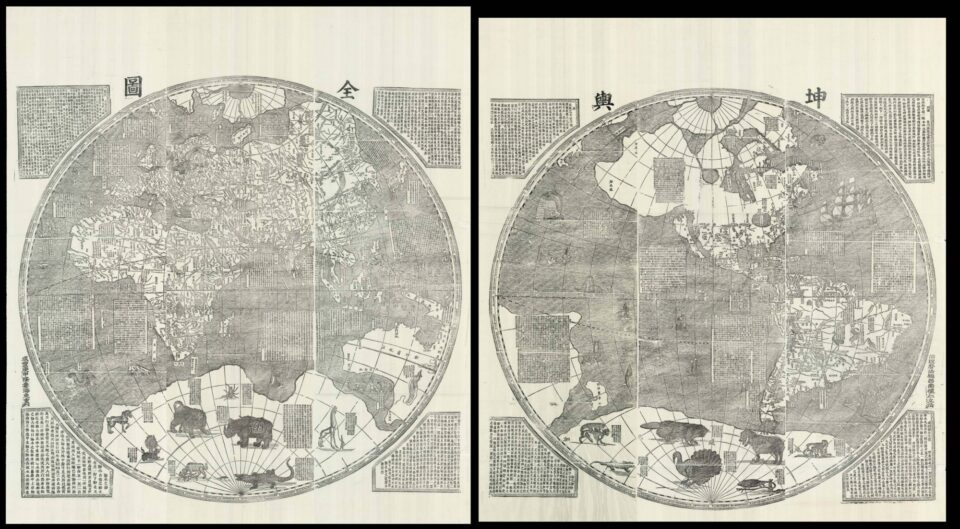