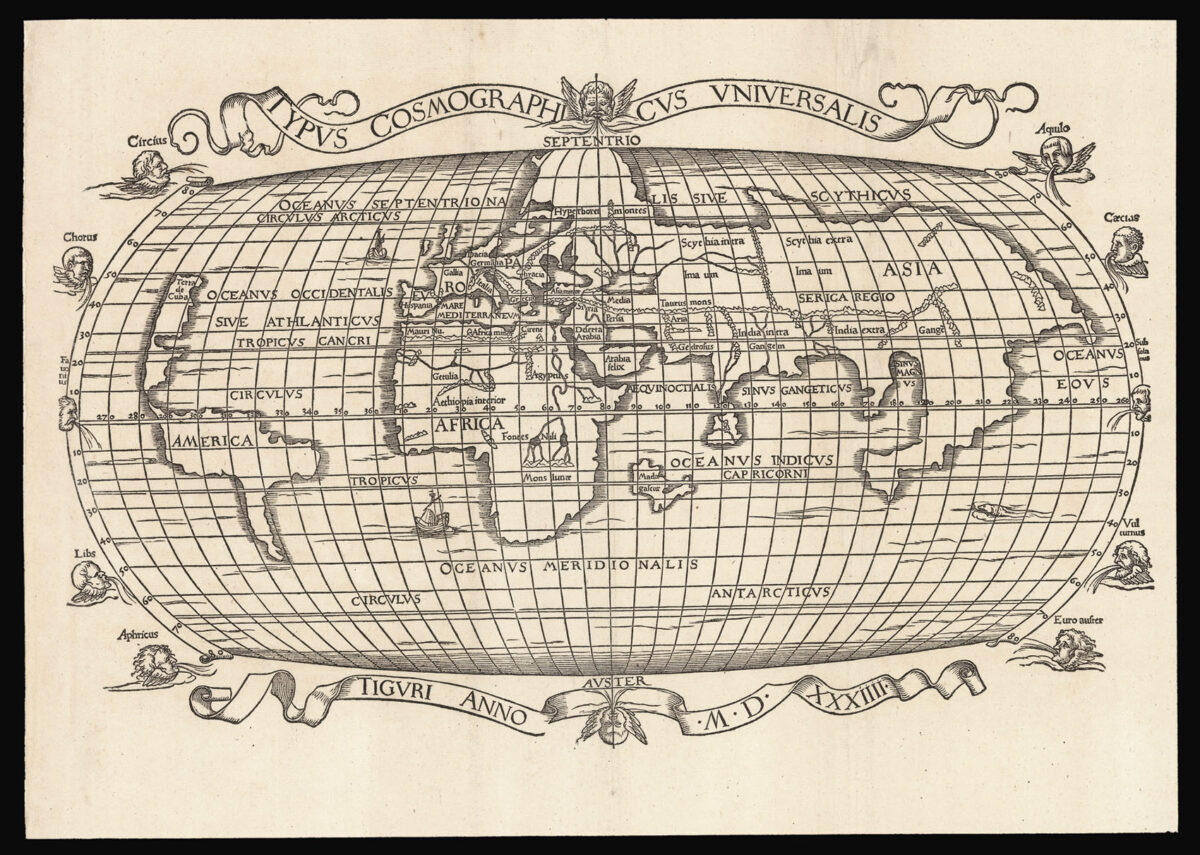 The first state of Vadianus’ world map, one of the first to show the outline of the South American continent.

Joachim Vadianus (born Joachim van Watte) (1484–1551) was a Swiss humanist. He was the city physician and mayor of St Gallen, and oversaw the town’s conversion to Protestantism during the Reformation. His 1534 atlas, in which this map was originally published, ​‘Epitome trium terrae partium’, was his best known work. He also wrote a commentary for Pomponius Mela’s ​‘De Situ Orbis’.

The map is among the earliest to use the name ​‘America’, first used in Martin Waldseemuller’s 1507 world map. It also shows an ocean to the west of the New World, suggesting a water barrier between Asia and America. North America is unrecognisable as a thin country labelled ​‘Terra de Cuba’, whereas South America has a more recognisable outline. The two landmasses are separated by a small fictional passage. The representation of the New World is modelled after the Munster-Holbein world map published in 1532, but leaves out the islands of the Caribbean.

Asia, Africa and Europe are accurately represented, save for the extension of northern Europe to the north pole and the extension of eastern Asia as a peninsula rather than a group of islands. Vadianus departs from the Ptolemaic projection of India and Sri Lanka to make the subcontinent narrower, and more accurate.