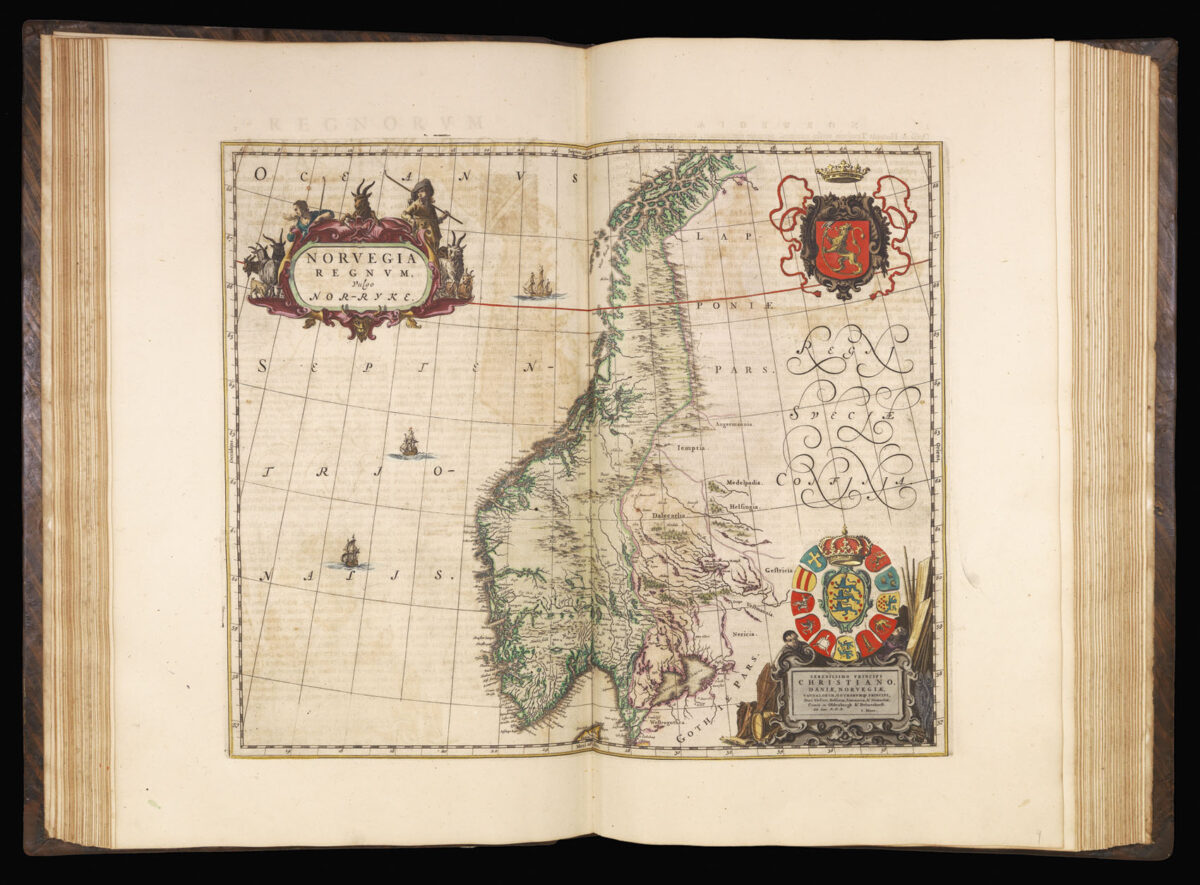 One of the few early, separate maps of Norway

One of the few early maps of Norway depicted separately. The map shows Norway up to Senja and the adjacent territories which had recently been acquired by Sweden. The map is dedicated to Prince Christian, who, in 1670, became King Christian V of Denmark and Norway.