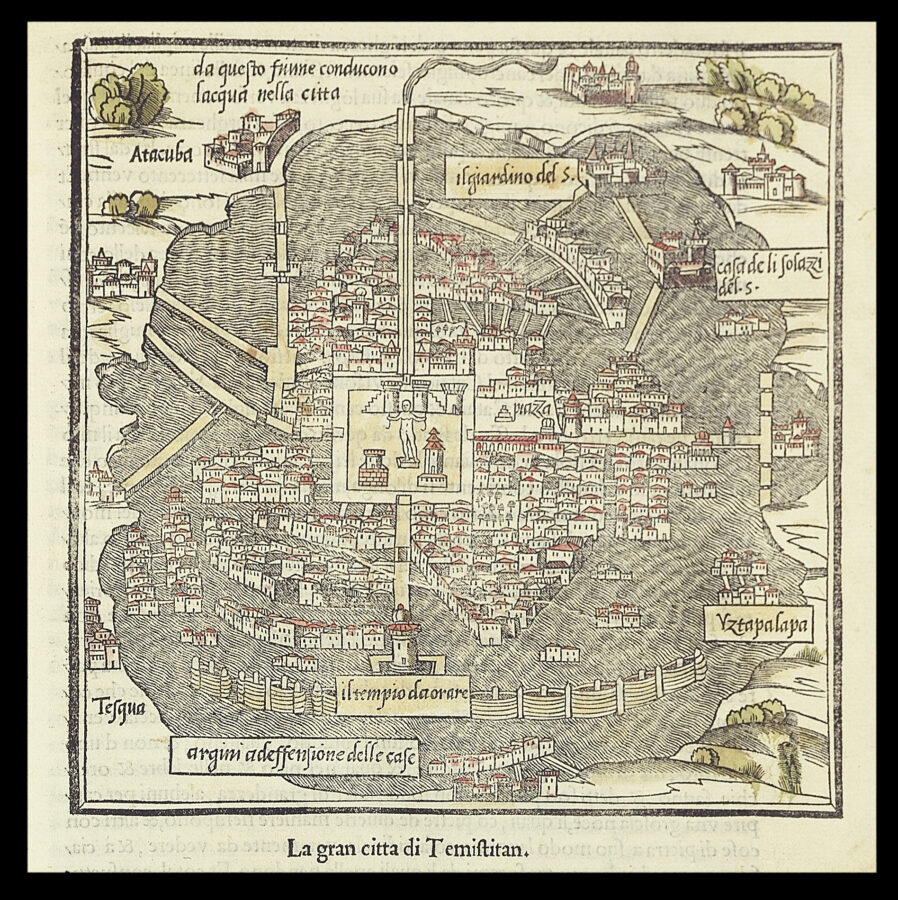 One of the earliest published plans of Mexico City

An important, and very early published plan of Mexico City, and one of the earliest of any city in the Americas, based on the Cortes map of Tenochtitlan — Mexico City, of 1524.