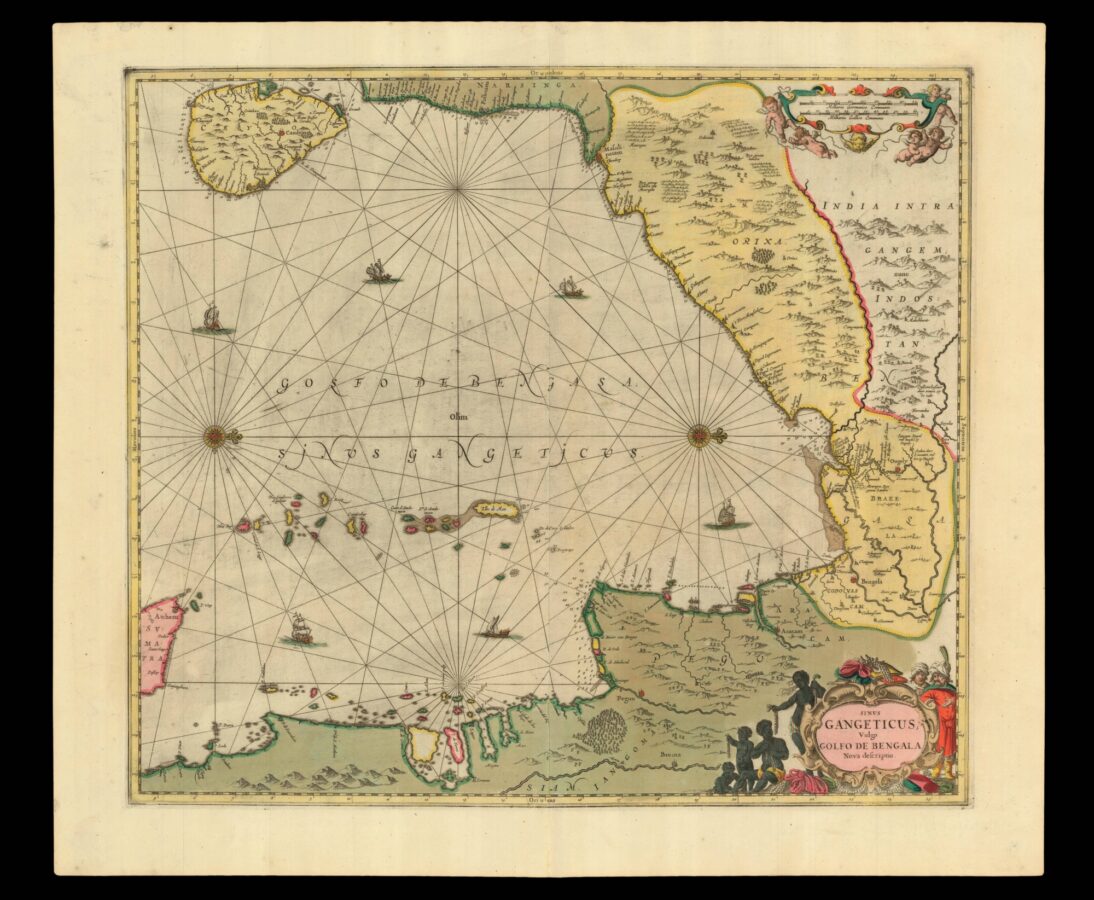 This chart of the Bay of Bengal, including the island of Ceylon, eastern India, Bangladesh, Myanmar, and a small portion of Sumatra, is one of the earliest printed seacharts of the area. Both European and oriental ships are shown crossing the waters. The land masses are dotted with tilled rice fields, rivers, mountains, forests, villages, and cities. 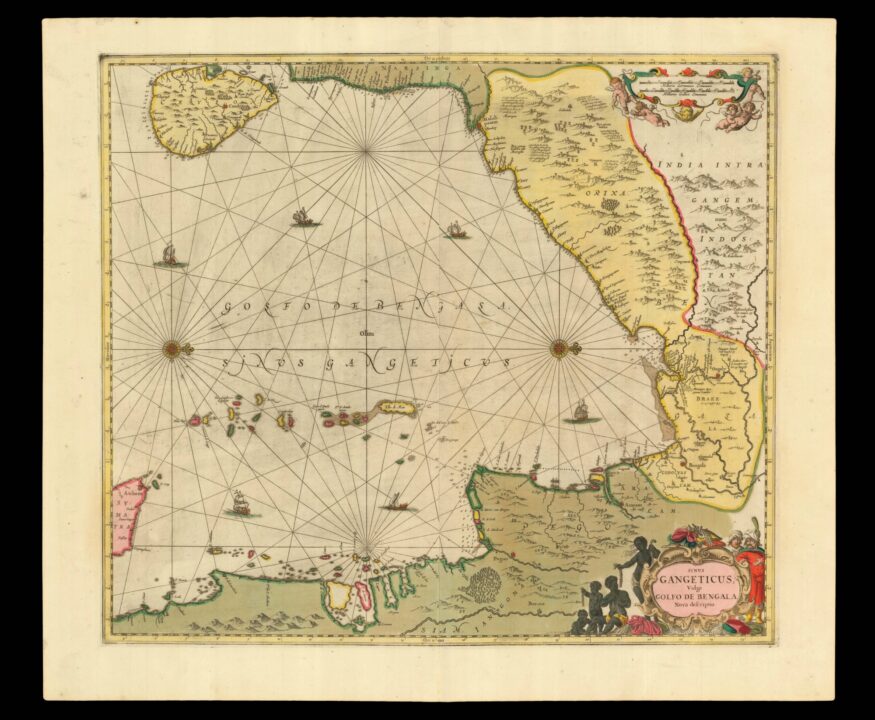