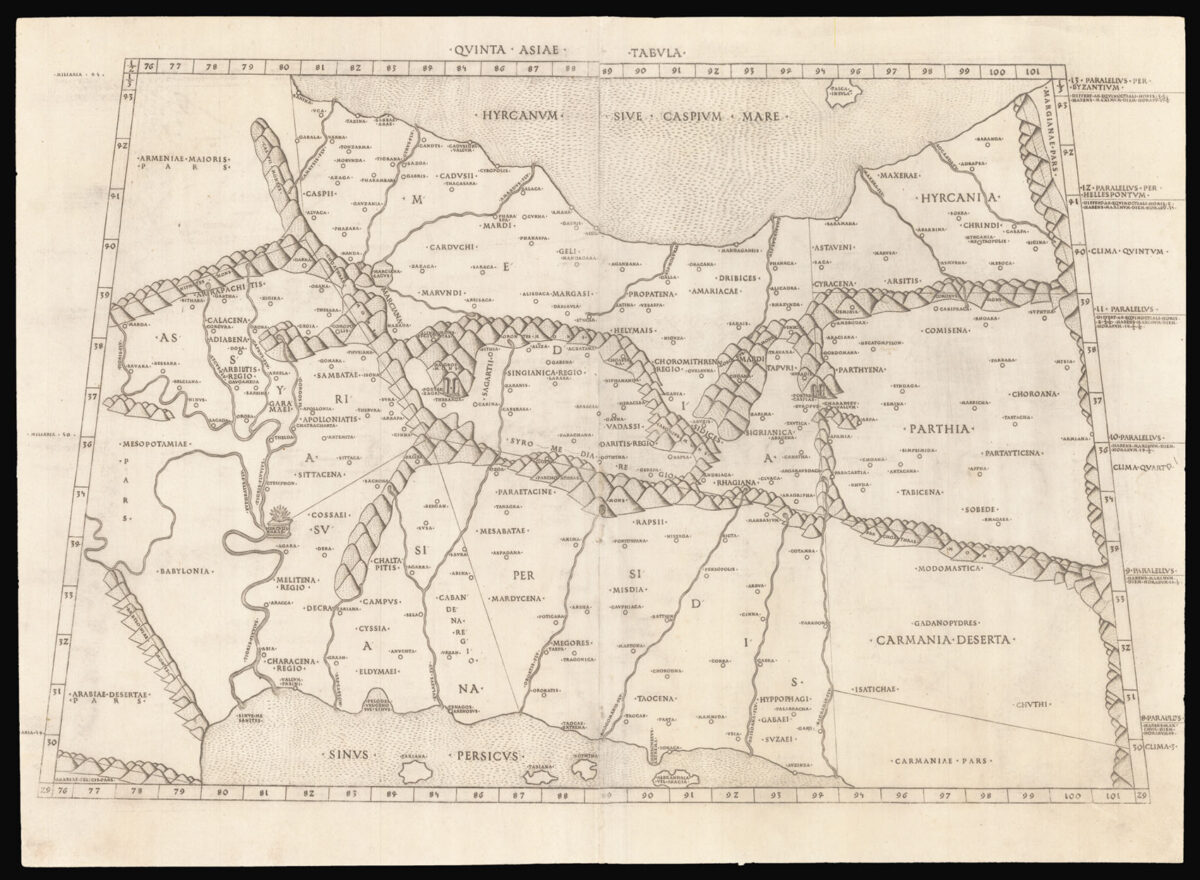 One of the earliest printed maps of Persia

A map of Persia and part of Turkmenistan. The Caspian Gates, the pass through which Alexander the Great pursued the defeated Darius III, is marked in the Alborz Mountains.