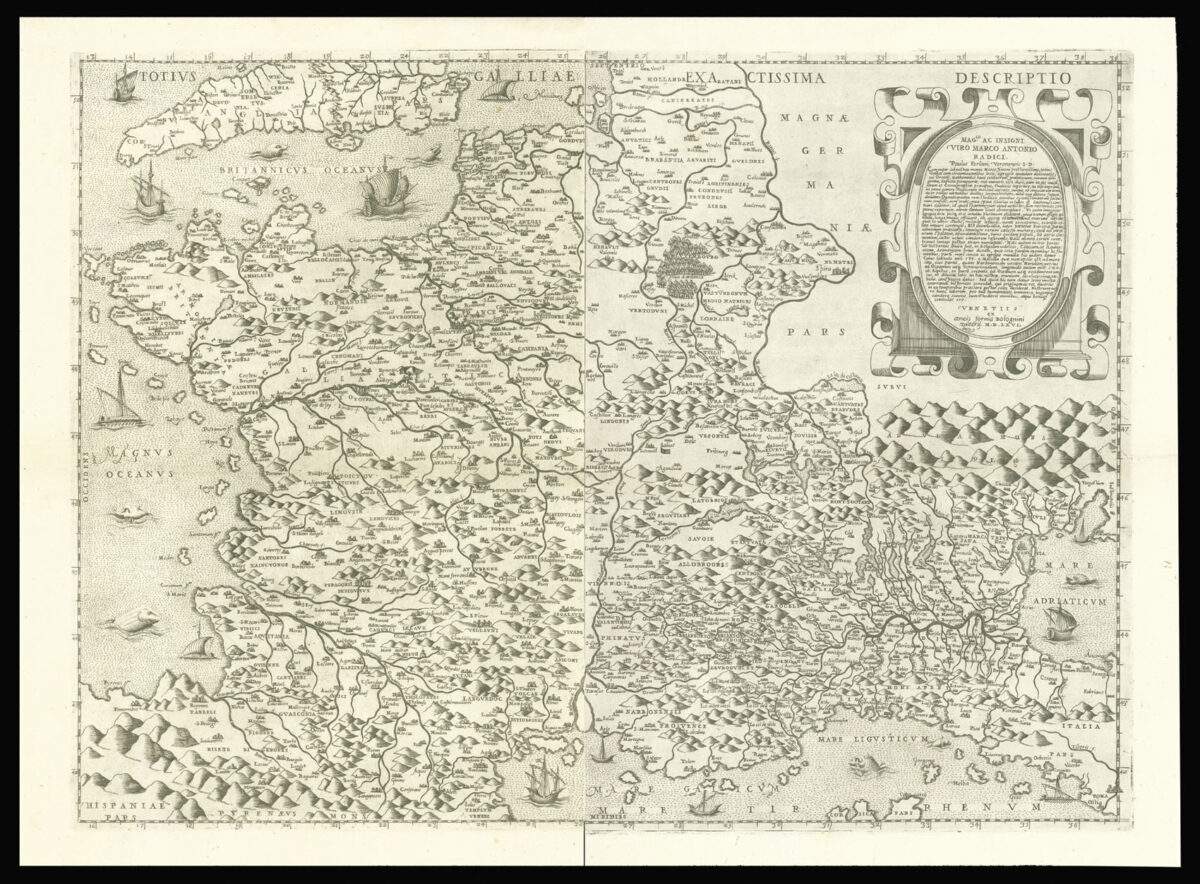 One of the earliest printed maps of modern France

Forlani based a great deal of the cartography for the map upon Orcine Fine’s ​“Nova Totius Galliae Descriptio” of 1525, the first map of France to be printed in France. The map extends west to east from west Brittany to the Adriatic and north to south from London to Rome; major towns, rivers, lakes, and mountains are marked and named. To the sea are numerous ships and sea monsters. To the upper right is an elaborate cartouche, with a dedication to Marco Antonio Radici, and brief description of France.

Paolo Forlani (fl.1560–1574), an Italian cartographer and engraver, was one of the leading mapmakers of the Lafreri school – a name given to a loose collection of mapmakers, publishers and engravers working in Rome and Venice between 1540 and 1580. Little is known about Forlani’s life, except that he originated from Verona, and was active in Venice between 1560–1574. He was somewhat unusual in being not only a mapmaker, but also an engraver, publisher and mapseller. He was evidently in much demand during his time in Venice as we know that he was employed by no fewer than four prominent publishers — Giovanni Francesco Camocio, Ferrando Bertelli and Bolgnini Zaltieri from Venice, and Claudio Duchetti from Rome.