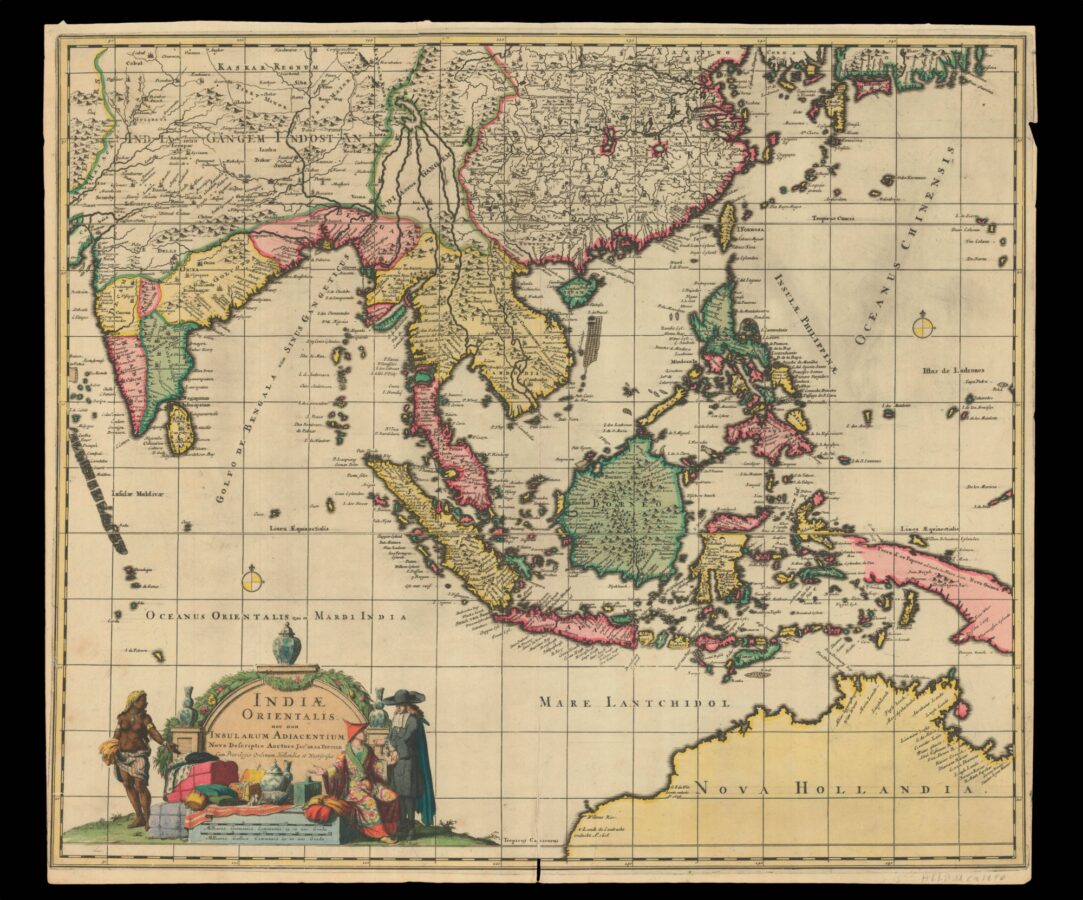 Rare printing by Jacob de la Feuille (1668–1719), son of Daniel de la Feuille, of Nicolas Visscher’s 1670 map of Southeast Asia. The map extends to include India, Ceylon, the Maldives, part of China, the East Indies, the Philippines, southern Persia, and the northern coast of Australia, depicted as ​“Hollandia Nova”.

Jacob de Feuille acquired a number of engraved cartographical plates through his marriage in 1696 to Maria de Ram, the widow of Johannes de Ram (1648–93), and this map is clearly printed from the same plate as de Ram’s map of the same title, c1683, with Feuille’s name substituted for de Ram’s. It is also almost identical to De Wit’s 1688 map of the same title. In his imprint, de Wit describes the map as ​“Editia” (edited) by him, whereas both de Ram and Feuille, in their imprints, attest that the map is ​“Auctore” (authored) by them, implying that the de Ram / Feuille map precedes de Wit’s. De Wit’s ​‘Tabula Indiae Orientalis, emendata’ of the same area was published in 1662.

However, Jacob de la Feuille’s honour cannot be depended upon. The year following his marriage, ​“he was already in trouble for he was brought to court accused of having raped his housemaid. A notary act of 1711 registers the complaint of his wife that he left her five years earlier in a poor state and that his present whereabouts were unknown” (Burden 577).

Exceptionally rare: only known in two other examples: bound in a Frederick De Wit composite atlas at the Newberry Library; and in the National Library of Australia. 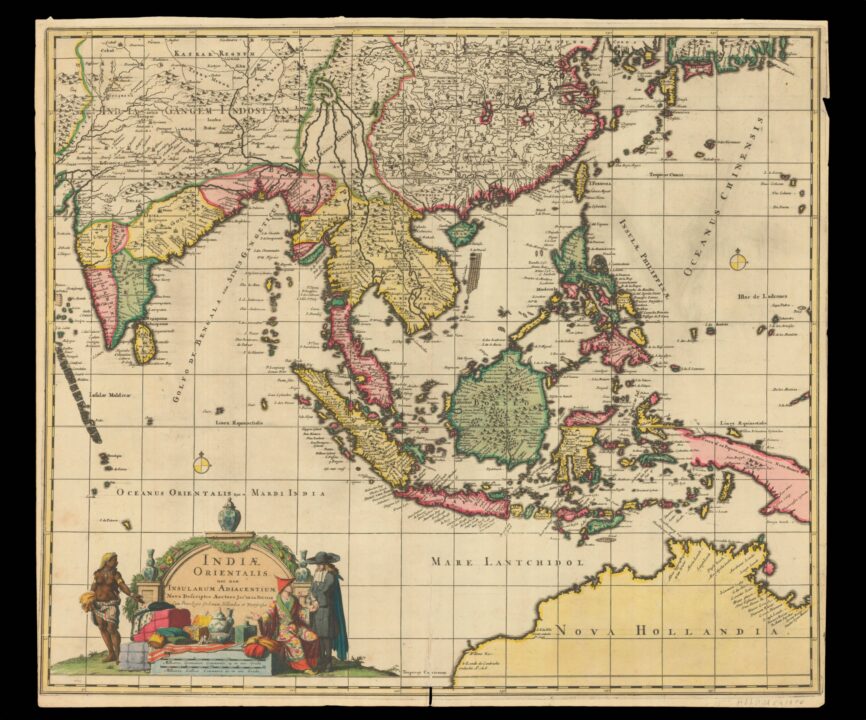