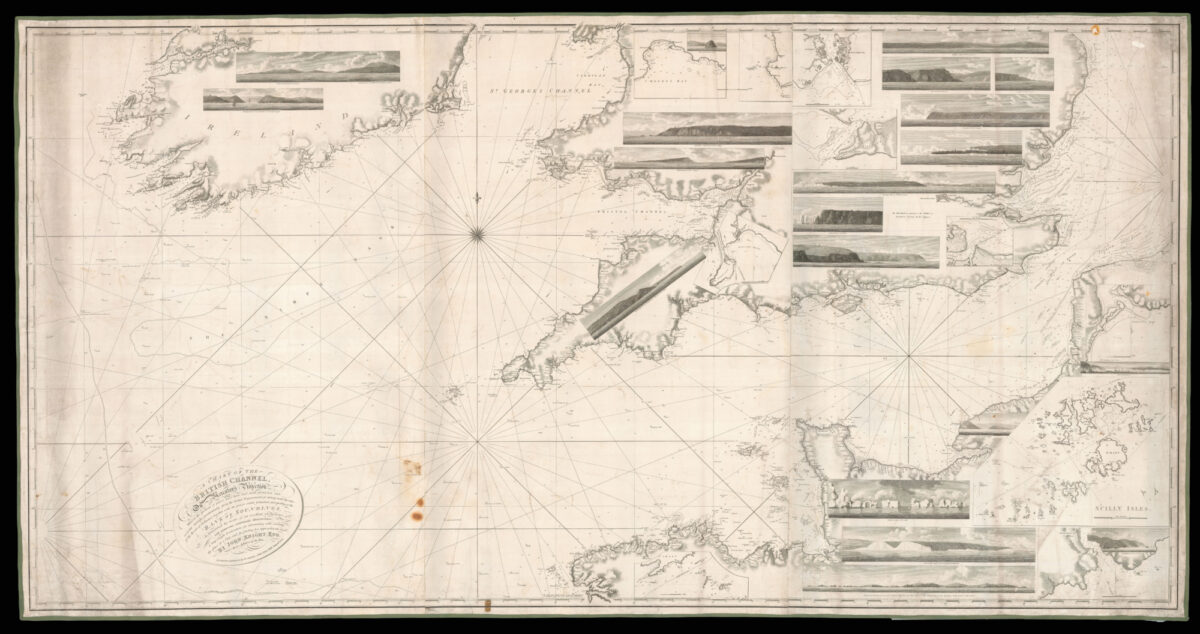 One of few blueback charts published by a woman

A Chart of the British Channel, On Mercator’s Projection.

During the nineteenth century, the British Empire was approaching its peak, with territories and subjects spanning the entire globe. As such, this period saw a huge surge in the production and purchase of nautical instruments and navigational charts. To meet this demand, British mapmakers and sellers began to publish charts backed on distinctive blue manila paper, which strengthened them for practical use aboard a ship, as well as cutting costs, as the charts could be printed on lower-quality paper and then inexpensively reinforced with the ubiquitous blue backing. These charts came to be known as ​‘Bluebacks’, and remained popular until the late nineteenth century, when the British Admiralty began issuing superior, uniform charts on high-quality paper.

One of the lesser known producers of ​‘Bluebacks’ was Penelope Steel, the widow of noted publisher, engraver, instrument-seller, bookseller and bookbinder, David Steel, who continued his business after his death. In 1804, Penelope published one of the first surveys of the Englilsh Channel carried out with the newly invented H5 marine chronometer. Extending from the western shores of Ireland to the coasts of northern France, the chart presents the English Channel, the Bristol Channel and part of St. George’s Channel. Rhumb lines, depth soundings, underwater shoals and banks, and a multitude of toponyms along the coastlines make the chart a highly useful tool for mariners. Furthermore, the shore profiles of eighteen stretches of coast are shown, and there are inset maps of heavily trafficked areas such as Mount’s Bay, St. Vincent’s Passage and the Scilly Isles.

The survey on which the chart is based was executed by Rear Admiral John Knight. He made use of the fifth and final timekeeper produced by John Harrison as part of his bid for the Longitude Reward. The H5 chronometer enabled Knight and his surveying team to produce a highly accurate chart of the waters between Britain and France.