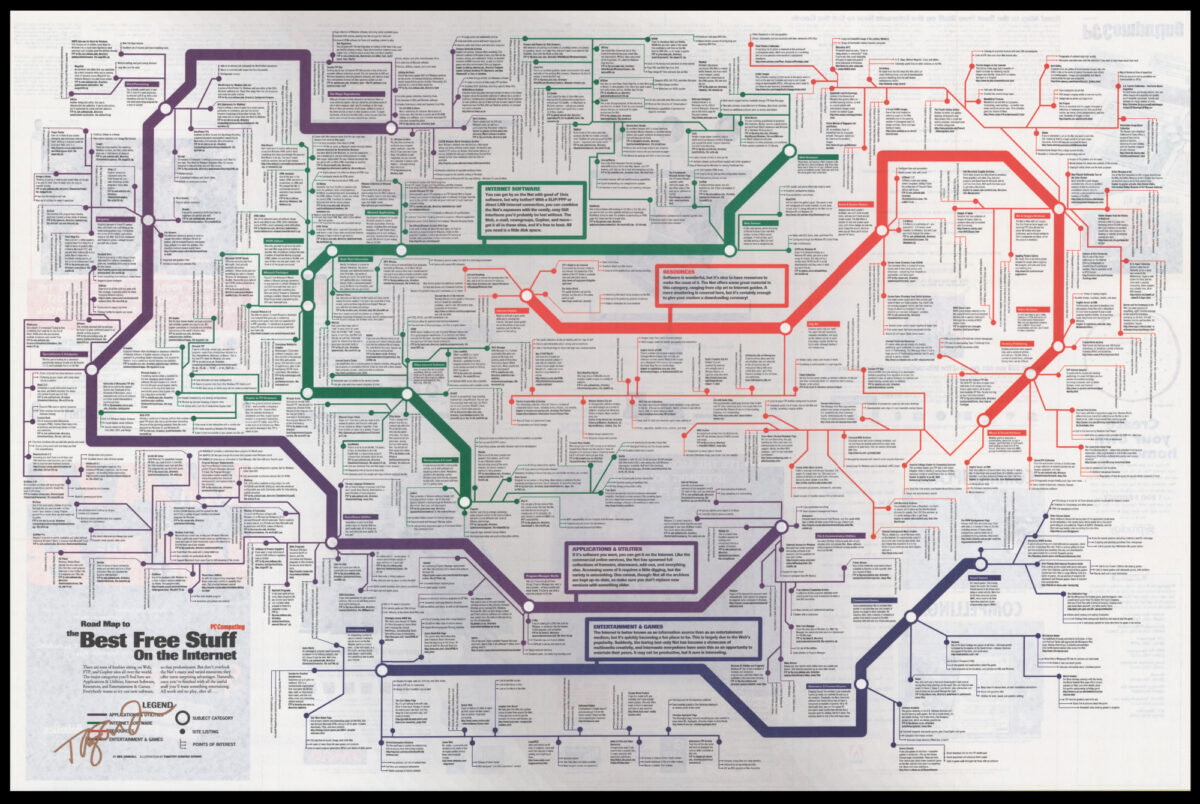 PC Computing: Road Map to the Best Free Stuff on the Internet.

As the legend says: ​“There are tons of freebies sitting on the Web, FTP, and Gopher sites all over the world. The major categories you’ll find here are Applications & Utilities, Internet Software, Resources, and Entertainment & Games. Everybody wants to try out our new software, so that predominates. But don’t overlook the Net’s many and varied resources, they offer some surprising advantages. Naturally, once you’ve finished with all the useful stuff you’ll want something entertaining. All work and no play, after all…“

Signed by the artist, lower left, this early map of the internet is clearly inspired by the form famously pioneered by Harry Beck, for his map of the London Underground, in 1933. This ​“hub-and-spoke” method of data visualization, untangles the maze that is the world wide web, into four separate threads: ​‘Applications and Utilities’, ​‘Internet Software’, and ​‘Resources’ (all seem to eventually lead to a Windows application), and ​‘Entertainment & Games’. The surfer can reach a few institutional websites, including the Benson Latin American Collection in Dallas; there are websites that offer ​‘Newgroups & E‑mail’, and many gaming sites, including good old-fashioned Backgammon to ​‘Steve Jackson Games’ ​“famous for having most of his equipment ripped away by the authorities a few months back, but in reality he’s a top-notch game designer and publisher”; there are few fan-sites, such as ​‘The Star Wars Home Page’, which is described as one of ​“the most colourful and interesting pages on the Web”.

Timothy Edward Downs is probably best known for his illustrated guide to ​‘How Computers Work’. The current poster, is one of a series of ​“about 13” posters produced as a marketing tool to accompany ​‘PC World’ magazine. Folding into self-wrappers, the verso includes large advertisements for IBM, and Word Perfect. 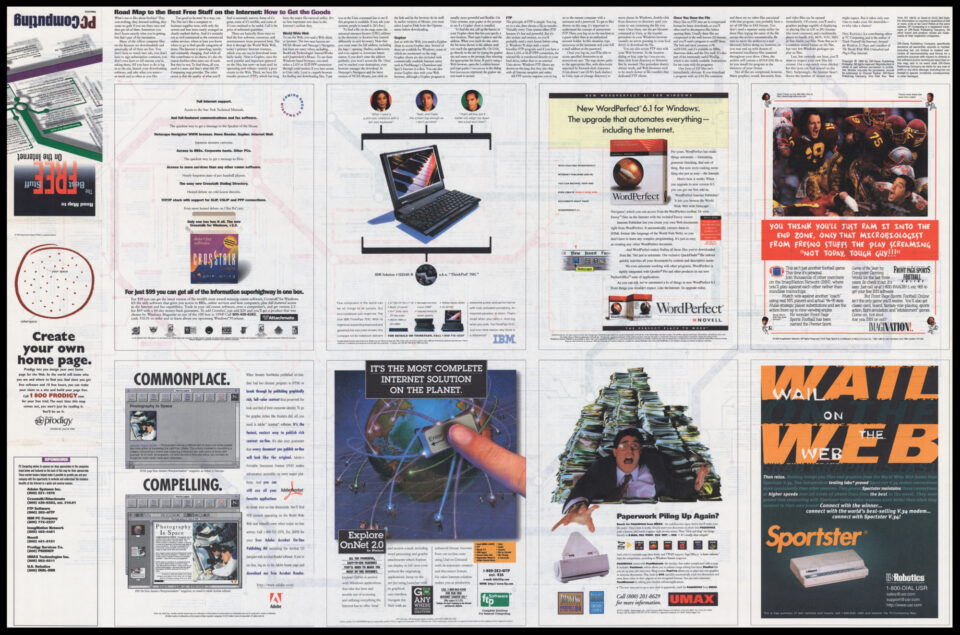