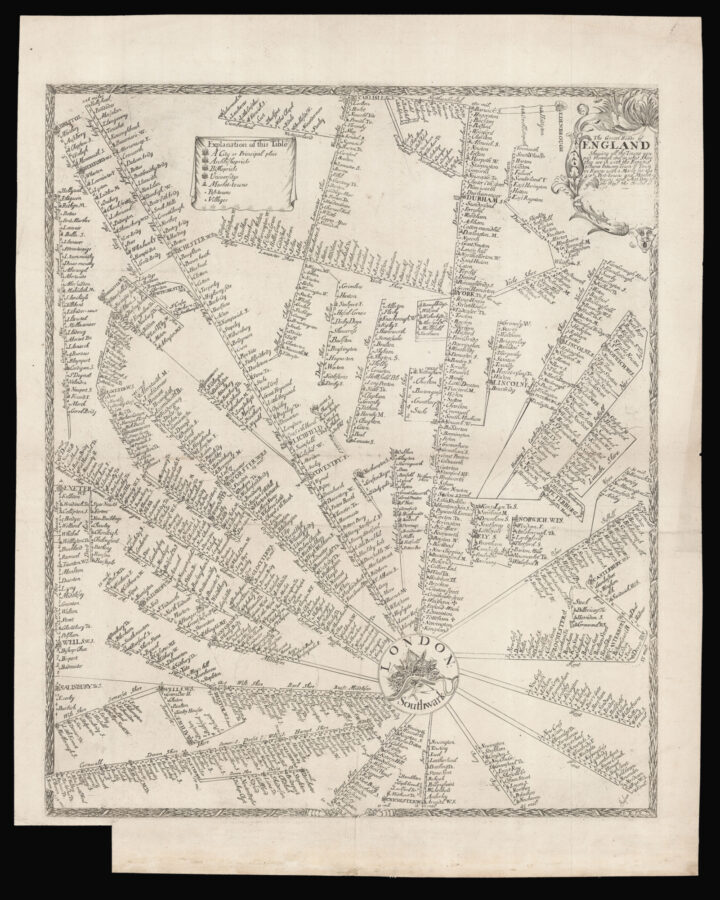 The Grand Roads of England Shewing All the Towns you Pass thorough and in what Shire they are in with the Reputed distance between Town & Town in Figures with a Mark for the Post-towns and Market-towns and what Day of the Week the market is.

William Berry’s striking diagrammatic map depicting the roads in England and Wales radiating outward from London, which is represented in a small roundel. The distances between towns and villages are indicated within the double lines of the roads based on Ogilby’s surveys completed a few years prior. Market towns include a notation of the day of the week that the markets are held – for example Plymouth’s markets were held on Mondays and Thursdays while Exeter held markets on Wednesdays and Fridays. The roads extend to Berwick in the North with an extension to Edinburgh also indicated. A key offers additional information on distinguishing the symbols used on the map for cities, universities and villages.

Rare. Shirley lists three states of this map, including the first edition of 1679 by Berry and two further publications in c1715 with the imprint of George Willdey and c1749 with the imprint of Thomas Jefferys. The present example lacks the Berry author statement and publisher information, of which only one other example in a public collection is known at the New York Public Library.