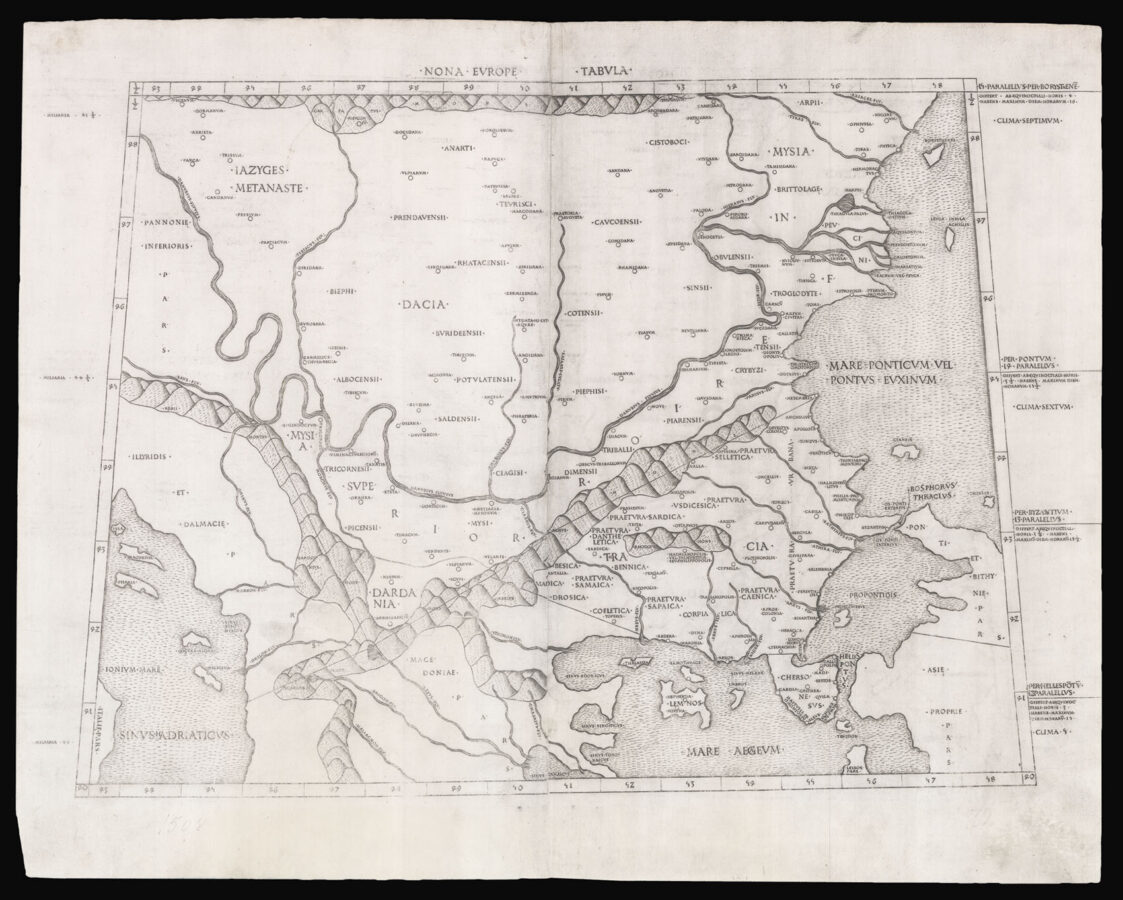 The map focuses and names Old Dacia covering most of the Balkan Peninsula.