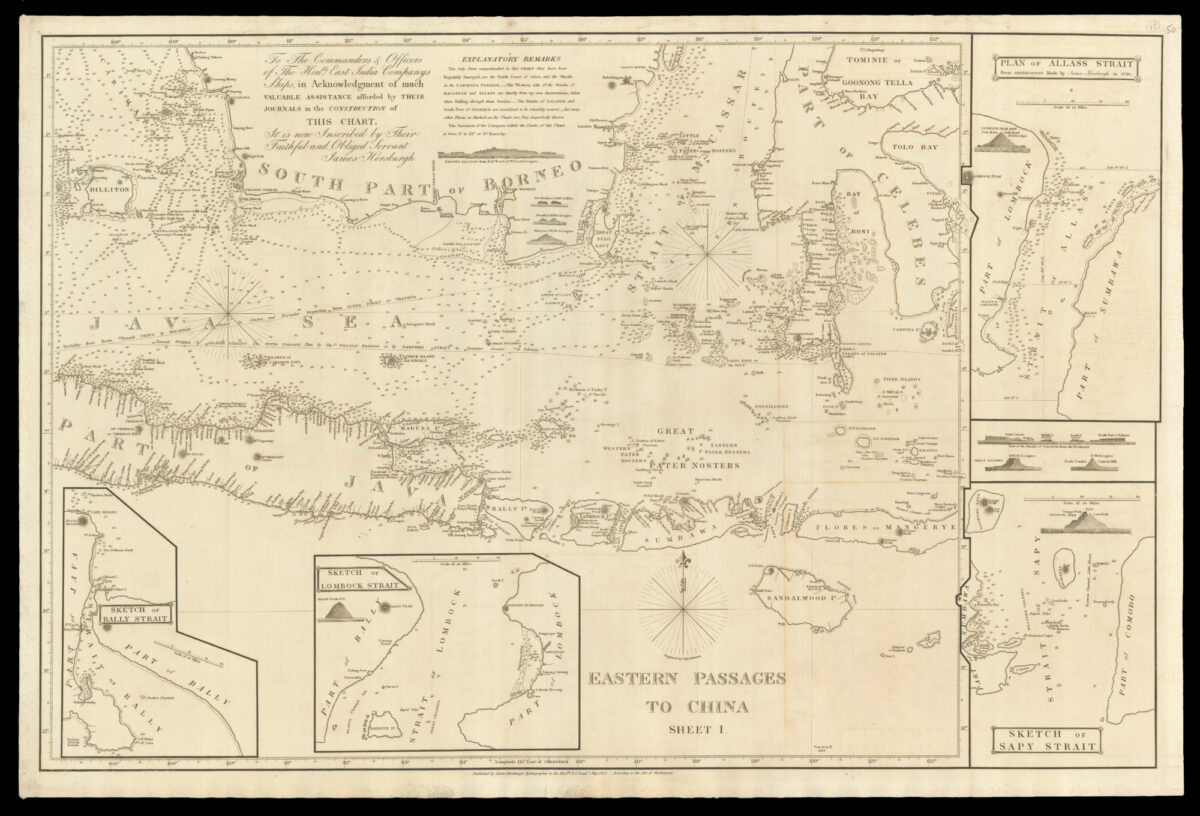 Eastern Passages to China. Sheet I.

First publication of this large-scale and detailed chart of the islands of the eastern Indonesian archipelago, which offers the best routes through the islands towards China, depending on the season. With: insets ​‘Sketch of Bally Strait’, ​‘Sketch of Lombock Strait’, ​‘Plan of the Alass Strait from observations made by James Horsburgh in 1796’, ​‘Sketch of the Sapy Strait’; coastal profiles, and extensive depth soundings.
Horsburgh is quick to thank his colleagues in the East India Company for their ​“valuable assistance afforded by their journals in the construction of this chart”, in his dedication, but to also emphasize his own input, and the chart’s shortcomings, which he outlines in his ​“Explanatory Remarks – The Only Parts comprehended in this chart that have been Regularly Surveyed, are the North Coast of Java, and the shoals in the Carimata Passage. – The Western side of the Straits of Macassar and Allass are chiefly from my own observations, taken when sailing through these Straits. – The Straits of Salayer and South Part of the Celebes are considered to be tolerably correct. – but many other Places, as Marked on the Chart are, Very Imperfectly Known”. 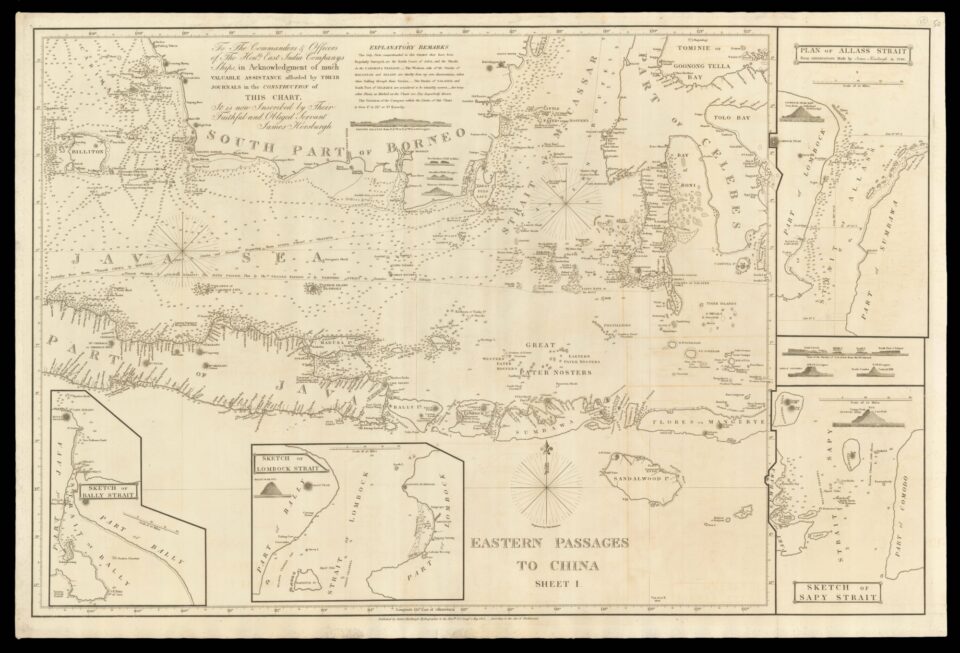 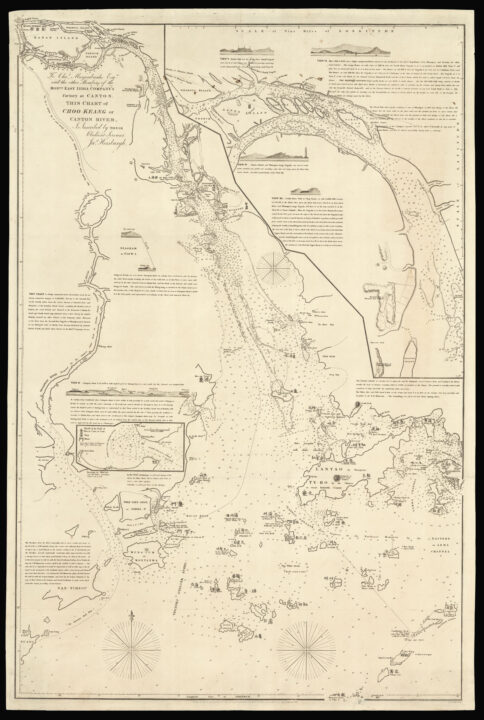