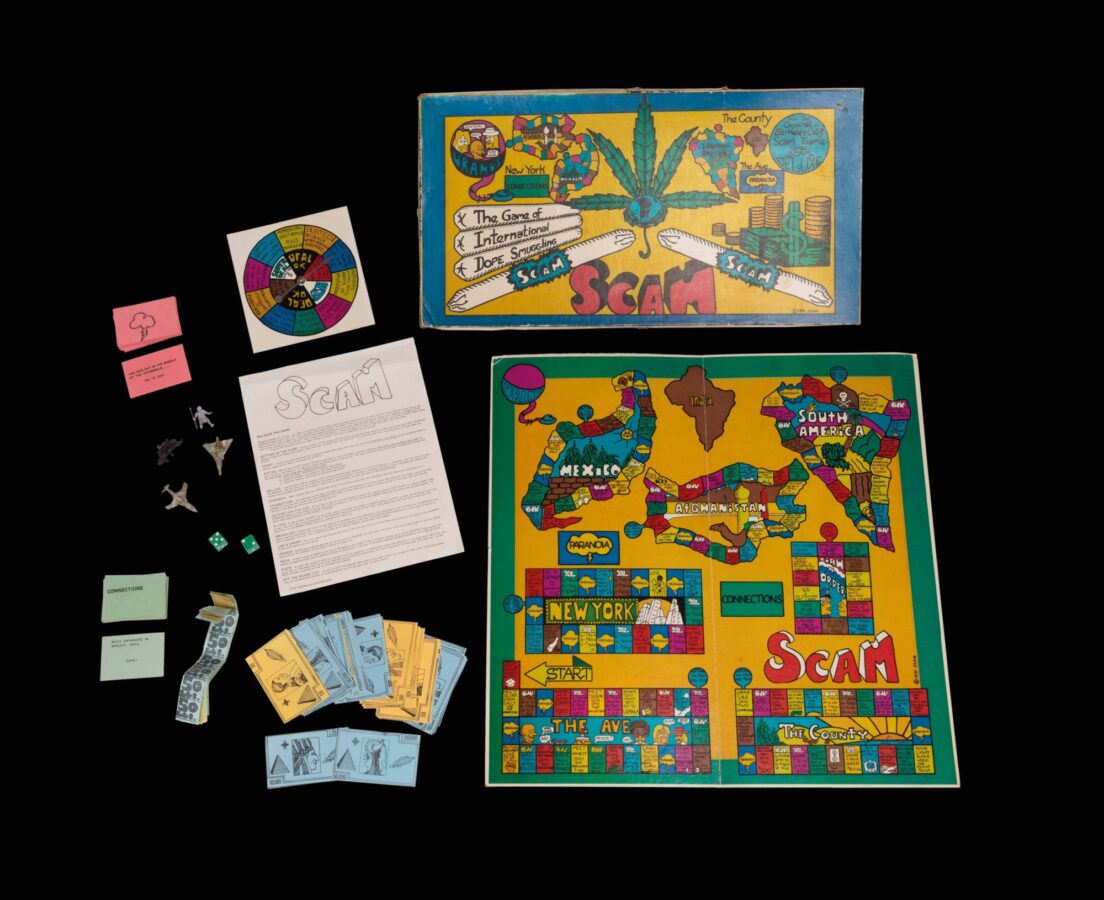 “Occasionally, everyone gets too far out”

This is the second ​“Deluxe” edition of the Scam board game, offered in a box rather than the ​“joint” tube, though illustrated joints feature prominently on the box’s cover, serving as a backdrop for the title. Like the original, the board game offers a high stakes adventure through a colourful depiction of the world — at least parts of it.

The original rules sheet states: ​“Generally Scam goes like this: you begin on the drop out of college square and keep moving around the Ave until you have collected enough money and Connections to get off the Ave. You then work The County and New York until you get enough money to put together a smuggling Scam. That involves Flying to Mexico, Afghanistan or South America, buying dope, smuggling back to the States, and selling in New York (where there’s more money) or in the County (where there’s less Paranoia). To win the game you have to make One Million Dollars. If any of the following rules seem vague, unclear or stupid, feel free to change them to suit yourself.“

The game features a number of elements akin to Monopoly — including cash, small figurine tokens, jail and a central bank — but each is suitably adapted for the ​“dope” nature of the game. As the instructions wisely caution, ​“Occasionally, everyone gets too far out and lands on Uranus.” Only a roll of an odd number will return the player to the real world where he or she can carry on smuggling drugs, escaping the law and amassing (illegal) cash.