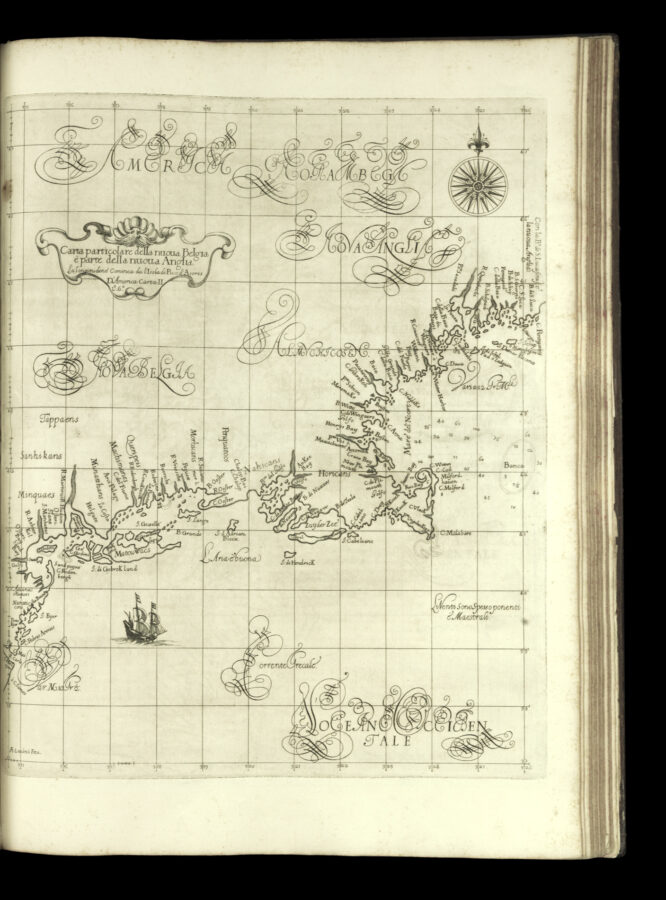 Map showing ​‘Nova Belgia’ and New England on the east coast of the United States, and the site of current day New York. Block Island is marked as Ile de Adrian Blocx; Long Island as Matouwacs; the island on Vineyard Sound is marked I. de Nassau.