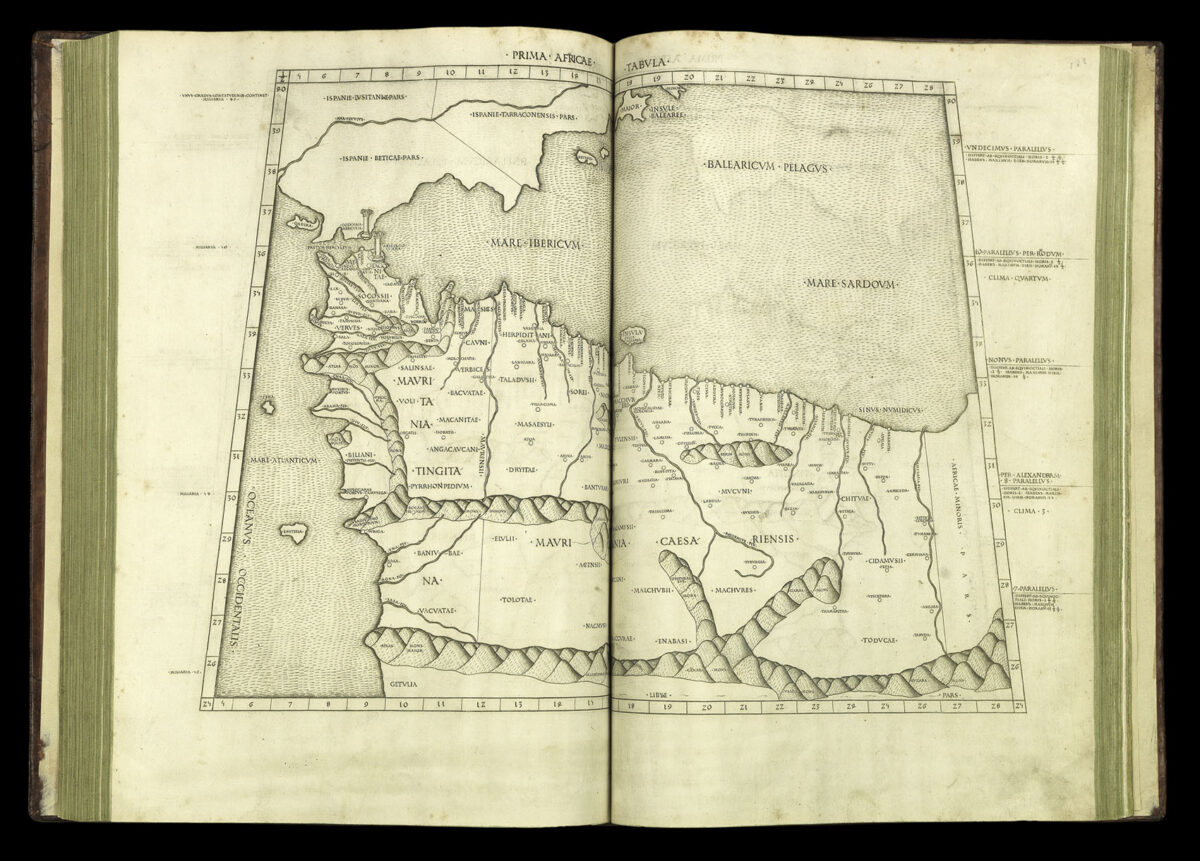 This map shows an area of northwestern Africa, covering most of Algeria and Morocco. The Strait of Gibraltar is marked by the two Pillars of Hercules. Spain is outlined in the north.