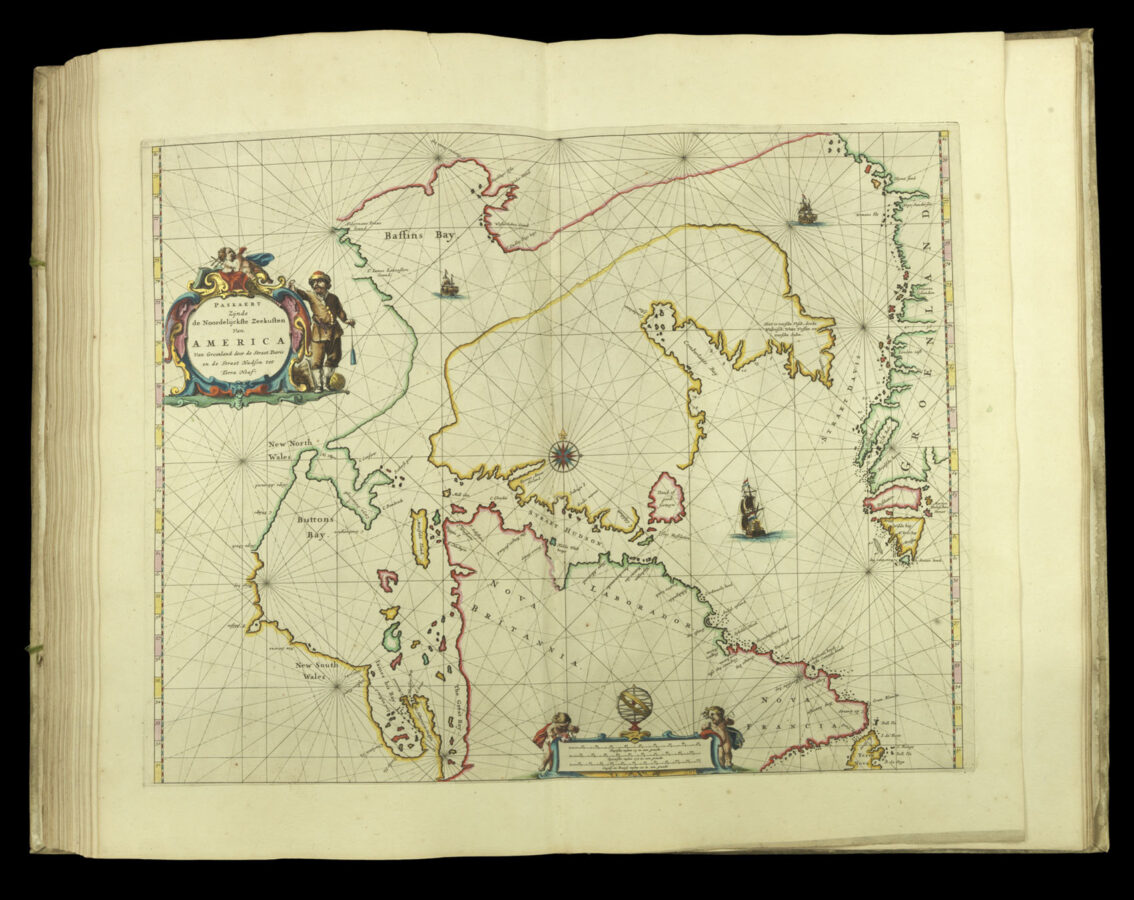 A chart of the northwest coast of North America, from present-day Montreal in Canada round to Greenland. The Davis Strait between Greenland and Baffin Island was an important area for whaling in the 1650s. The map follows information from the expeditions of William Baffin, who had proved with his explorations in 1616 that the Northwestern Passage was not in the Hudson Bay area. Hudson Bay is marked Buttons Bay here, after Sir Thomas Button. Button was a Welsh explorer, sent to locate Henry Hudson, who explored the west coast of the bay and claimed it for England. His achievements were later superseded by Hudson’s.