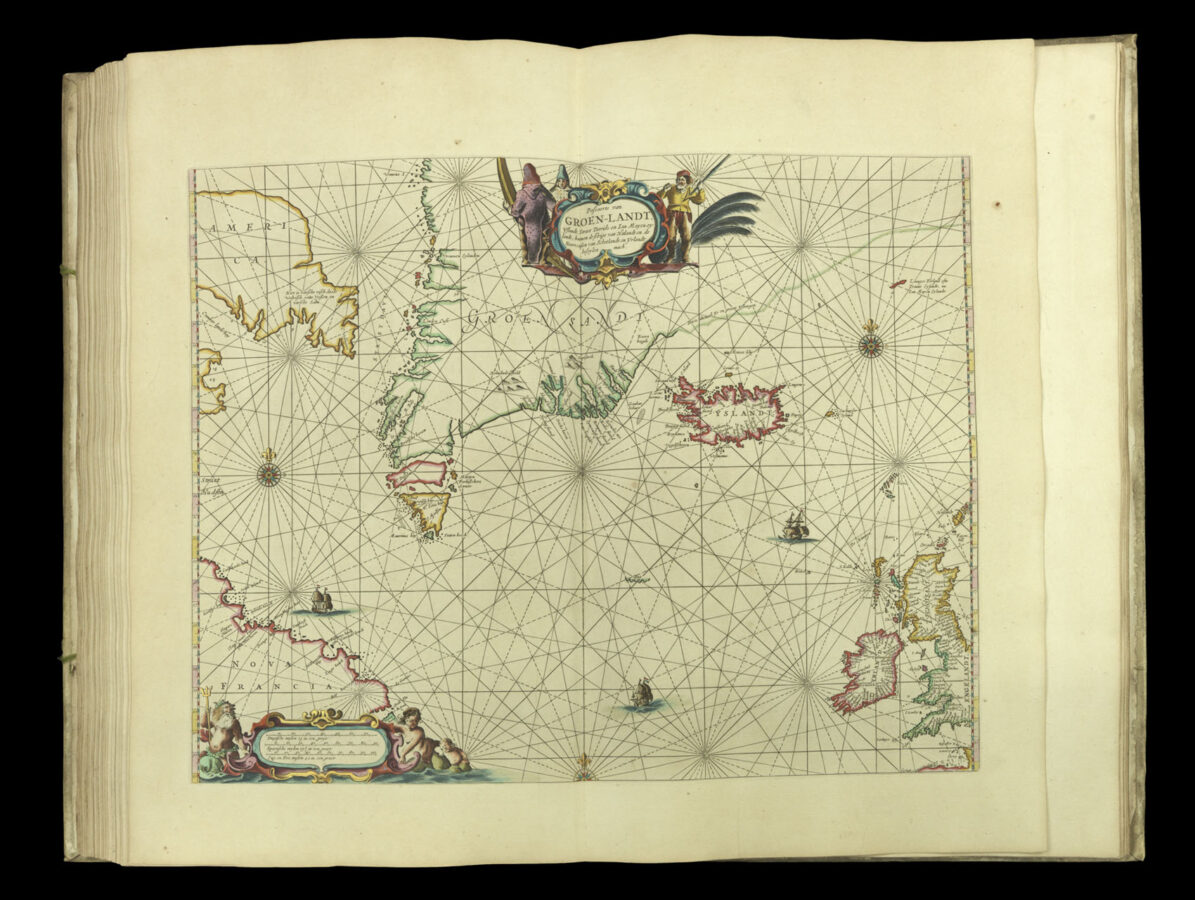 A chart of the northern Atlantic, from Canada (marked Nova Francia) to Great Britain and Ireland. This map would have been of particular interest to anyone concerned in cross-Atlantic trade. It details the approach to the Northwest Passage which connects the Atlantic and Pacific Oceans. Although the Northwest Passage would not be navigated by Europeans for almost three hundred years, it was hoped that the strait would provide an alternative route for European-Asian trade. The most important existing trades in the area covered by the chart, however, were the fur and whale markets. The cartouche is decorated with trappers wearing fur and a whaler brandishing a harpoon.