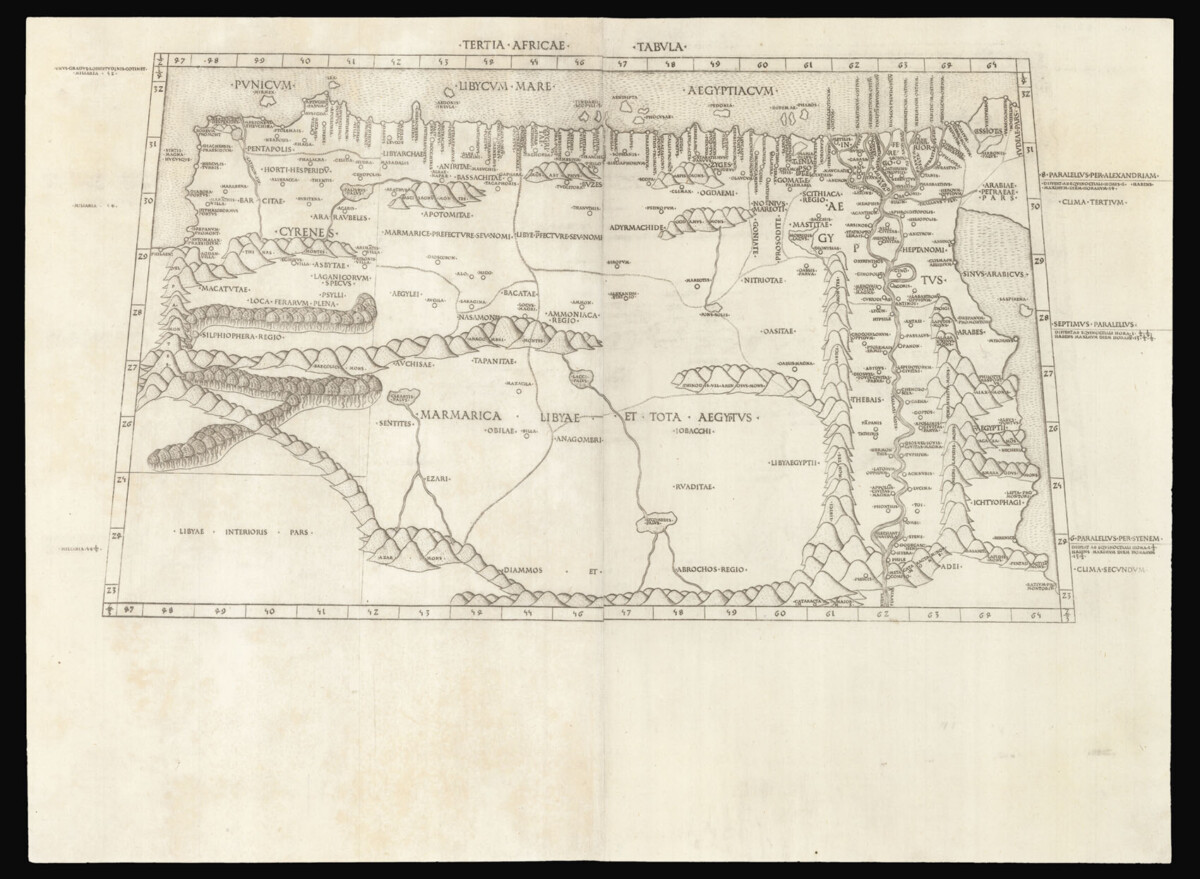 This map shows an area of northern Africa from Egypt to Libya. The Nile Valley and Delta is shown in some detail. The Red Sea (‘Sinus Arabicus’) appears to the east.