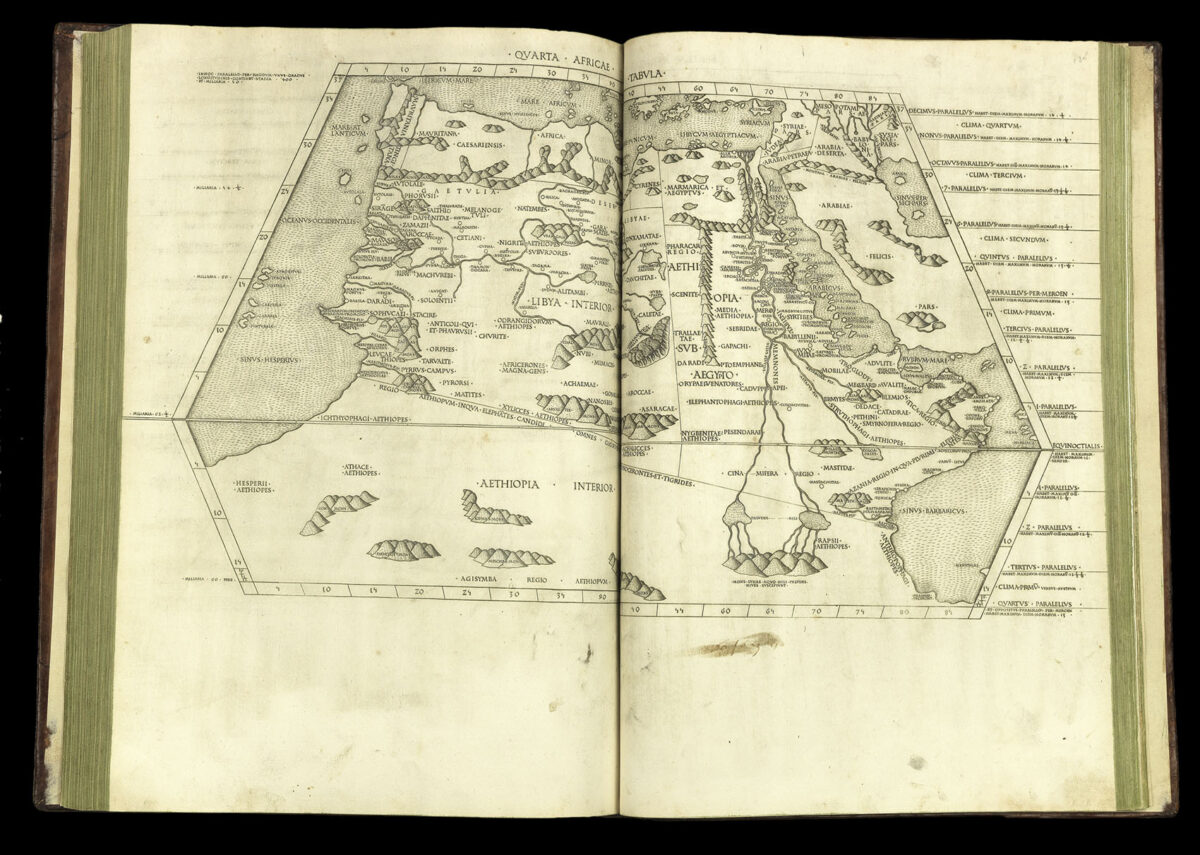 A map of northern Africa on a larger scale, showing ​‘Aetheopia’ and ​‘Libya’ which now covers Libya, Ethiopia, Sudan and Egypt. The entire Red Sea (‘Sinus Arabicus’) is visible and Syria, Israel (‘Iudea’) and Saudi Arabia are marked on the Middle Eastern side.