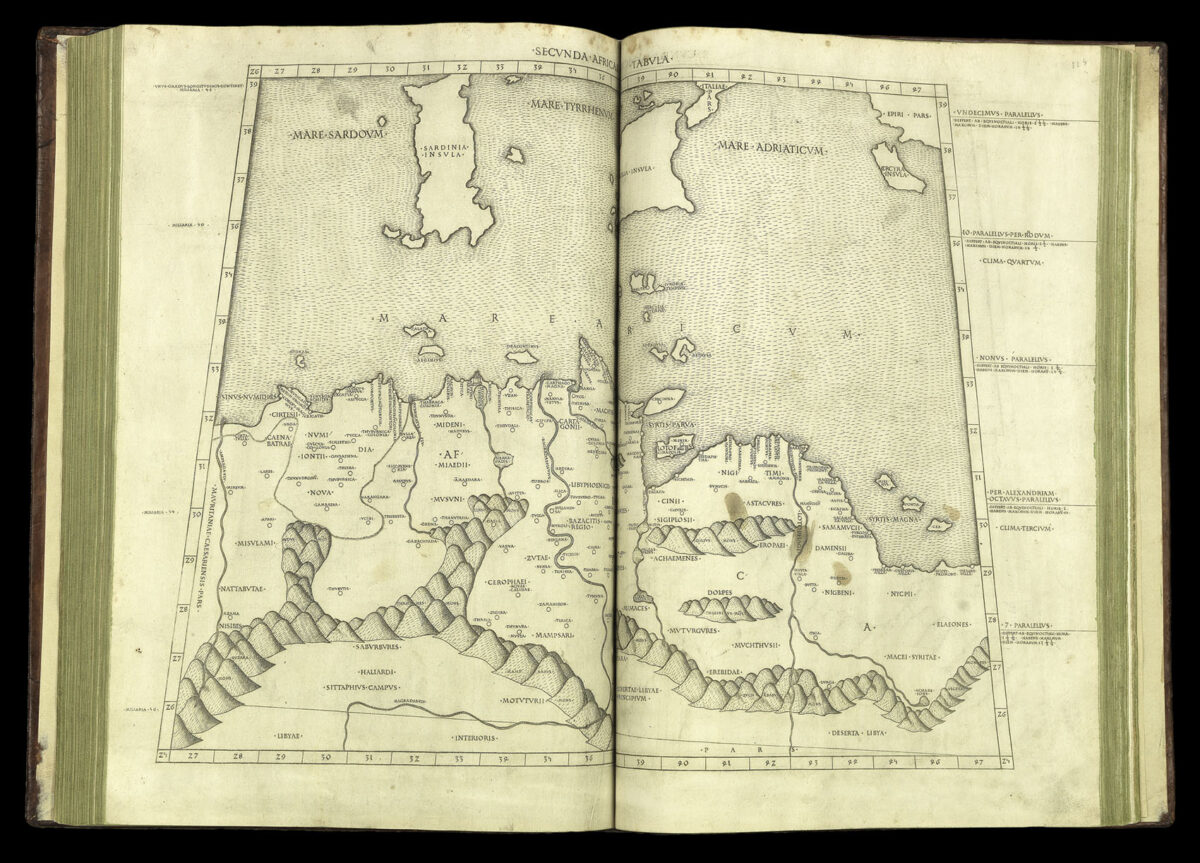 This map shows an area of northern Africa covering most of Tunisia and Libya, with Sicily and Sardinia in outline in the north.