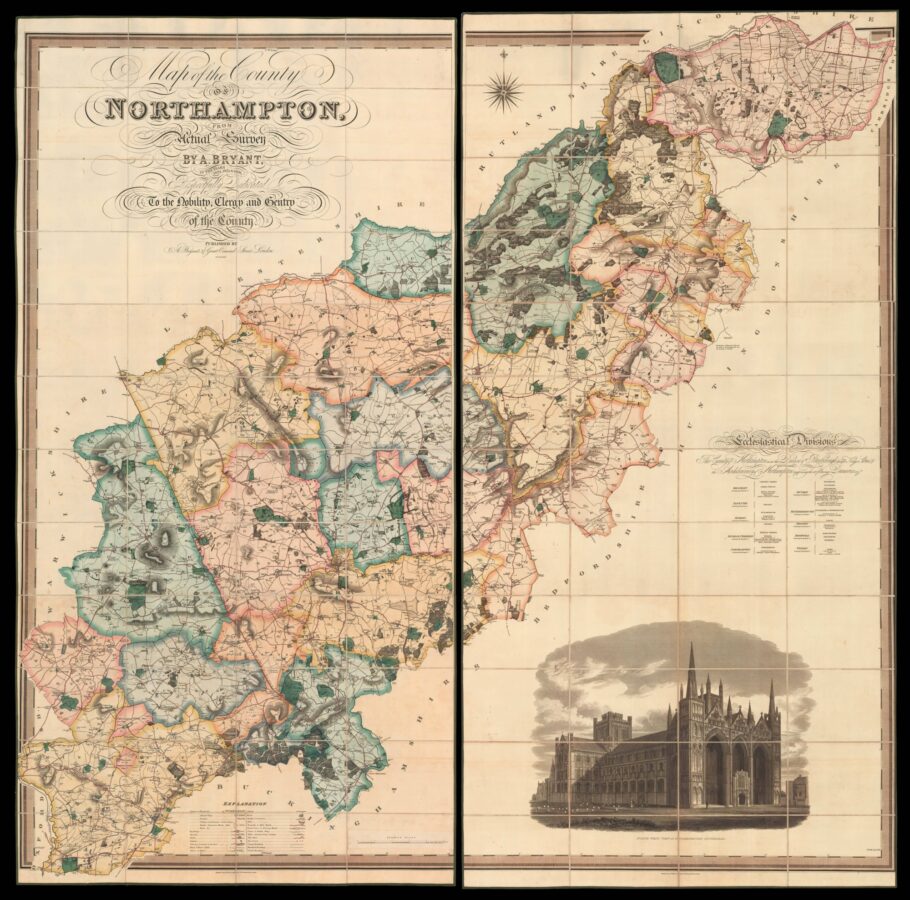 Map of the County of Northampton from Actual Survey By A. Bryant, in the Years 1824, 1825 & 1826, Respectfully Dedicated To the Nobility, Clergy and Gentry of the County.