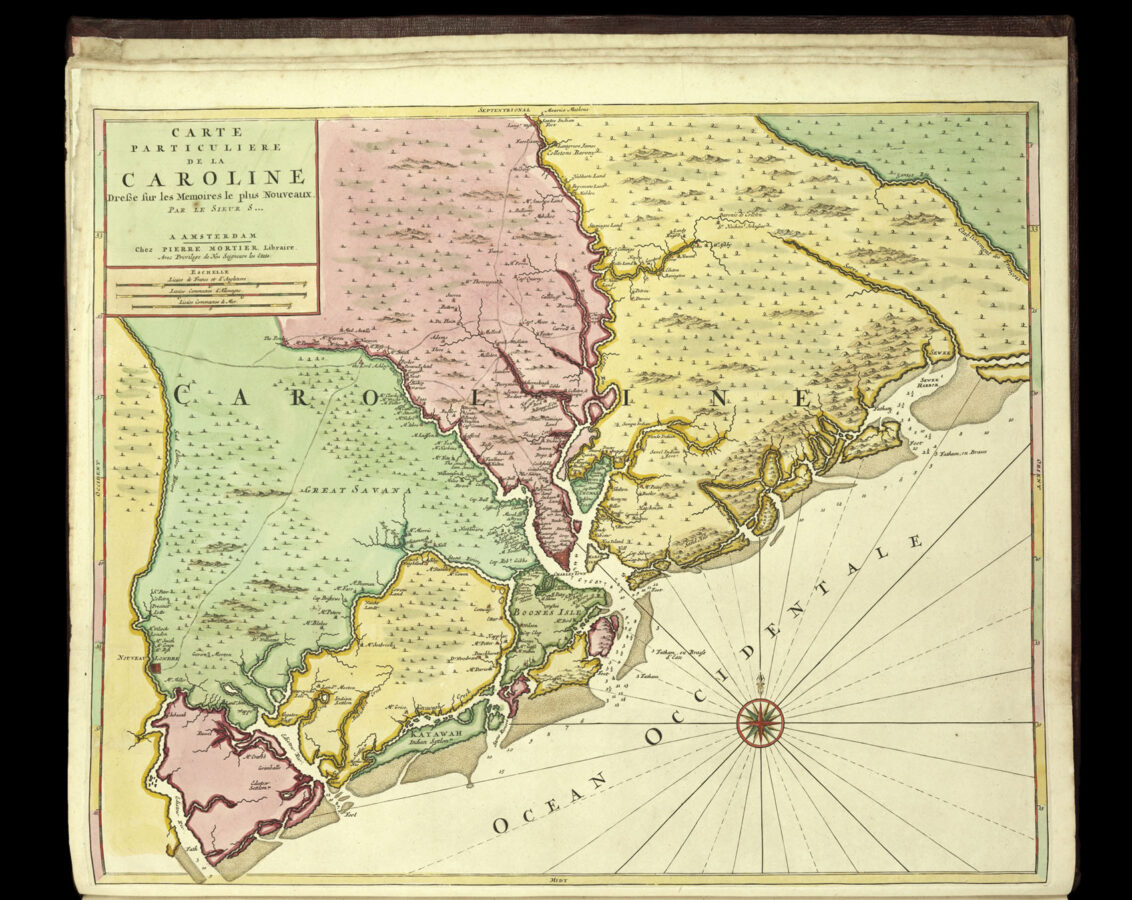 A map of the coast of North Carolina.